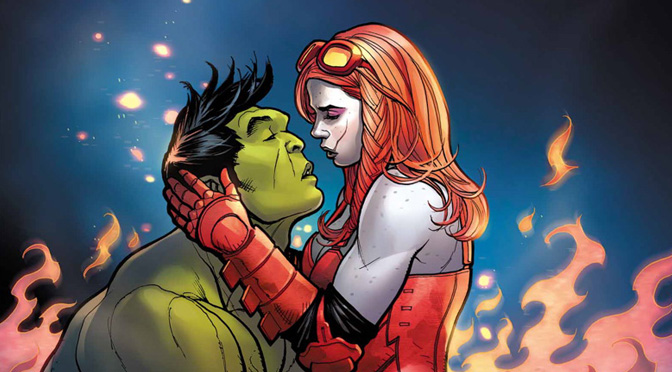 There is a principle in modern comedy whereby a joke which is racist, sexist, or slights homosexual people is only appropriate when the comedian shares the same ethnicity, gender or sexual orientation as the individual or group which is the target of the joke. In that event, the offensiveness of joke is essentially diluted by being self-deprecating. If, say, a female comedian makes a joke about female bathroom habits, then the audience will laugh rather than heckle in outrage because the comedian by her gender cannot be engaging in sexual discrimination: the comedian is instead engaging in gender self-deprecation. Even female audience members cannot feel insulted, as, so long as the joke is delivered by a member of their gender, it is shorn of its malice. The joke becomes inclusive – “join me in considering our foibles” – rather than exclusionary and vicious.

Elaine: So what? When someone turns twenty-one, they usually get drunk the first night.

Seinfeld’s dentist through conversion rendered himself impervious to any allegation of anti-Semitism. The irony Jerry Seinfeld examined is that had the jokes been made three days before, the barbs would have been cruel rather than inclusive.

American comic book publishers have over the past decade become sensitive to criticisms that female characters, for example, appearing in serialised stories can be very poorly handled by male writers and artists. The “Women in Refridgerators” critical movement of the late 1990s, which we have briefly spoken of in our critique of “The Mighty Thor” #1, loudly resented the deaths, dismemberments, rapes, and degradations of female characters by male writers. Even more blatant is the art: depictions of female characters striking unnatural but sexually-provocative poses litter many mainstream comic books, and especially the cover art, purposively so in order to attract male purchasers (most recently and notoriously Italian artist Milo Minara’s cover for Marvel Comics’ “Spider-Woman”#1 in August 2014). This state of affairs has been very properly mocked by parodic images appearing on the internet of male characters striking the same provocative poses so as to draw attention to the imbalance of sexualised depiction between characters of different genders.

Some critics also have complained that white writers handling black characters flubbed dialogue, either by writing the characters as white people, writing the characters as speaking in overplayed African-American vernacular speech, or, with new characters, resorting to foreign ethnicities (African, Caribbean) so as to dodge the issue. Veteran comics writer Christopher Priest noted, in an interview with comics website “Newsrama” in August 2015, growing up as an African-American teenager in New York and reading the dialogue for Marvel Comics’ black superhero Luke Cage that he “couldn’t imagine who came up with the ridiculous speech patterns”.

Adopting a deeply cynical perspective on developments, somewhere along the way some publishers worked out that they could retain the sexually appealing art provided that the writer was female. (We have previously touched upon this in our review of “Dejah Thoris” #1.) Also, the publishers could negate pointed criticisms about authenticity by engaging black writers to write dialogue for black characters.

But setting aside that cynicism, this strategy could work extremely well because talented, dedicated, and thoughtful writers were deployed: Christopher Priest on Marvel Comics’ title “Black Panther” (Marvel Comics, 1998-2003) (although Mr Priest noted, in the same interview with Newsrama last year, that he was concerned about being typecast as a “black writer” when he was first approached to write the book); Gail Simone on DC Comics’ title “Birds of Prey” (2003-2008, 2010); and most recently Marvel Comics’ title “Ms Marvel” written by G. Willow Wilson (2014 and ongoing). These comics are in a way the lineage of extraordinarily compelling works in this genre, particularly the writing of Kelly Sue DeConnick in the remarkable comic book, “Pretty Deadly” (Image Comics, July 2014).

After Marvel Comics’ acquisition by American entertainment giant Disney in 2009, diversification was also visited upon the comics publisher’s character asset portfolio. This had happened within the mainstream American comics industry in the past (“Iron Man”‘s alter ego Tony Stark, a Marvel Comics property, was replaced by the black Air Force pilot James Rhodes in 1983; DC Comics’ “Green Lantern” was first exclusively the black architect John Stewart from 1984 to 1986; “Superman”, another DC Comics property, was replaced in a roundabout way by the black scientist John Henry Irons in 1993). But gender and racial diversification had never occurred to the remarkable extent as recently witnessed at Marvel Comics. Within the past three years, the character “Thor” has been replaced by a woman; the role of “Captain America” role was filled by his black colleague Sam Wilson; the character “Spider-man” shares the title with a half-black, half-Hispanic teenager named Miles Morales.

Perhaps most starkly is the replacement of “Captain Marvel”, historically an alien who looked like a white man, with a no-nonsense short-haired female Air Force colonel wearing a costume which resembles a flight suit. This character was previously known as “Ms Marvel” and had been depicted as an extremely busty blonde in uniform consisting of a high cut swimsuit, a mask and a red scarf. The character’s current book, which we have previously reviewed, was initially written by the talented Ms DeConnick and more recently by Tara Butters and Michele Fazekas.

The business culture of Disney, which has long known the benefits of inclusive multiculturalism in its entertainment products, has clearly had an impact upon Marvel Comics, perhaps most noticeably with the appointment of Sana Amanat as Marvel Comics’ Director of Content and Character Development. Disney learned a hard lesson in 1997: according to Time Magazine:

“In the late 1990s, Kundun, a biographical film about the 14th Dalai Lama’s childhood, rankled Beijing for its negative portrayal of the Chinese government. The government went so far as to threaten all future business with Disney, which distributed the biopic. The situation was not resolved until Michael Ovitz himself, Disney’s president at the time, privately visited Beijing to confer with then President Jiang Zemin.”

Apprehensive about being shut out of a (at that stage, potentially) massive consumer market for its products, in 1998 Disney released the cartoon movie “Mulan”, partly to show respect for Chinese culture (the story is based on an old Chinese tale) and thereby mollify Beijing, and partly to induce ethnic identification and empathy from a Chinese audience. This lesson has stuck, and been passed along to Marvel Comics.

That is a very lengthy introduction to the observation that this comic features a Korean-American Hulk written by Greg Pak, a man of Korean ethnicity. Gone is the brooding, often deranged (but usually benign) smashing and destruction of the original and most famous incarnation of the Hulk. Created in 1962 by American comic book pioneers Stan Lee and Jack Kirby, “The Incredible Hulk” started off as a Cold War story of a scientist named Bruce Banner who was caught in a nuclear explosion. The after-effect of this was to cause Bruce Banner to transform into a rampaging beast-like creature of limited intelligence, when stressed or angry.

This new Korean version of the Hulk is different in ways other than ethnicity. First, the theme of the comic series is fun, as suggested by the title. In an internal visualisation manifested in the pages of this issue, the character who has assumed the role of the Hulk, Amadeus Cho, sees the strength and power of the Hulk as akin to an unbeatable demolition-derby monster truck. There are some wise-cracking exchanges with other characters including a hen-pecking sister, and Amadeus Cho himself is a little cocky, and amusingly so. This is in contrast to the way the Hulk is usually or at least traditionally depicted: intense, angrily destructive, brooding and tormented when in human form.

Second, problems are solved, and quite deliberately, by reason rather than brawn. The character Amadeus Cho was created by Mr Pak in 2006 as a supporting character and has been recognised in various stories as being highly intelligent. In this issue, Amadeus Cho begins to fight a horde of monsters in typical Hulk style by pounding them with his fists. Reminded of a promise to be a new, smarter Hulk, Amadeus Cho uses an electricity cable to short-circuit the alien mind control devices aggravating the monsters and thus resolves the conflict through clever action rather than smashing things. In that regard, the title promises something different.

Finally, unlike Bruce Banner, Amadeus Cho choose to become the Hulk. That conscious decision gives a different complexion to the comic. Bruce Banner was a victim of misfortune. Amadeus Cho has instead made his own fate, and so is a player to be respected rather than pitied.

Does the fact that an ethnically Korean writer affect the authenticity of the ethnically Korean characters? Not noticeably. There is a lot going on in respect of action, explanation of origin, and thematic development. Mr Pak does not depict Amadeus Cho enjoying kimchi ramen (a Korean spicy food) at the conclusion of the issue, but a Korean food van staffed by Spider-man is present. If a white writer had depicted Amadeus Cho eating a Korean dish, perhaps that would have projected a lack of nuance or authenticity in writing a Korean-American character, a sense of trying too hard. But Mr Pak’s judgement in including mention of the food as a gag (monsters are shrunk and stored in kimchi boxes obtained from the food van) cannot be disputed, for the reasons set out in this critique’s introduction.

This title will not be for everyone. Marvel Comics’ publications are presently sitting in two camps: the tension and grittiness of “Old Man Logan” and “Squadron Supreme”, and the wry humour of titles like “Dr Strange”. “The Totally Awesome Hulk” falls squarely into the second category. Those wanting a fun read will be engaged: those seeking the familiar “The Incredible Hulk” themes of Jekyll-and-Hyde type torment will be disappointed.