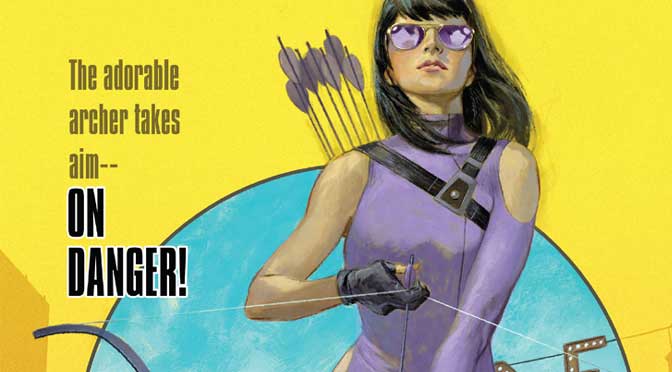 “Hawkeye” #1 is a new series from American comic book publisher Marvel Comics that revolves around an archer superhero. But this title focuses on the third (and the first female) character to bear the name, Kate Bishop. This is a change: “Hawkeye” is ordinary a vehicle for the adventures of the long-established character Clint Barton, who is arguably more recognizable by virtue of being the original and having a key presence in the Marvel cinematic universe (and from being portrayed in comic books since 1964). (We note that Matt Fraction’s work on the 2012 “Hawkeye” series devoted the second of the three volumes of the collected work to Kate Bishop’s quirky adventures in Los Angeles, which is the seedbed for this title.)

Like her predecessor, Kate Bishop is an expert marksman, an exceptional martial artist, and does not possess any inhuman powers. Bishop’s abilities result from intense combat training undertaken after being assaulted in Central Park. Only the initial ambush is ever depicted. Whether the attack was sexual in nature or not is, at this point, subject to interpretation. But the effects were so devastating that the character had to resort to ongoing therapy in order to recover.

In “Hawkeye” #1, Kate Bishop is working for a private investigation firm called Alias Investigations. This is a rough-and-tumble outfit owned by fellow superheroine Jessica Jones (a character which, like Clint Barton, has also experienced a resurgence as of late as a consequence of the Netflix broadcast television show). The story starts with Kate attempting to follow a target for her investigation, only to put it on hold in order to intervene in an ongoing robbery.

After going back to her office and entertaining a series of potential clients that went nowhere, she gets one offer which she cannot refuse. A female college student named Mikka is being harassed and stalked online. The comic’s constant barrage of sarcastic quips, self-deprecating humor and the use of sunny California as a backdrop can make the story feel lighthearted, but Mikka’s story is a deep shadow.

There is perhaps a tendency for some people to dismiss cyber harassment as something that can be easily dismissed or tuned out. “Hawkeye” #1 rightfully demonstrates that it has real life ramifications and can be very disruptive to a person’s psyche: Mikka has become paranoid in meeting people and friends, suspecting that any one of them could be the anonymous stalker. And as the cliffhanger ending shows, cyberstalking could be a prelude to something even more dangerous.

The ominous tone of the final page of this comic is somewhat softened by situational humor that is not reliant on Kate Bishop’s monologues. It is amusing when the character deals with potential clients that expected Clint Barton after reading “Hawkeye” on the office door, as well as those that do seek Clint Barton because they want to “punch him in his face.” Kate Bishop’s skill as a sleuth is also showcased – in the sense that she does not really have much to boast about, leading to a few temporary roadblocks before finally nabbing a suspect. But as the ending implies, this may be a red herring and Mikka may still be in grave danger.

“Hawkeye” #1 is a great start to an ongoing series.One of the running themes in the story is “anchor points” and “homebreaks”: finding a place that brings stability and consistency to oneself. This is a thoughtful and engaging theme. But there may be a tendency for Kate Bishop’s character to grate on readers who are already knee-deep in current Marvel’s roster of smart, sassy, and cookie-cutter nice heroines. This brass is offset only to a degree by the character’s somewhat tragic backstory. 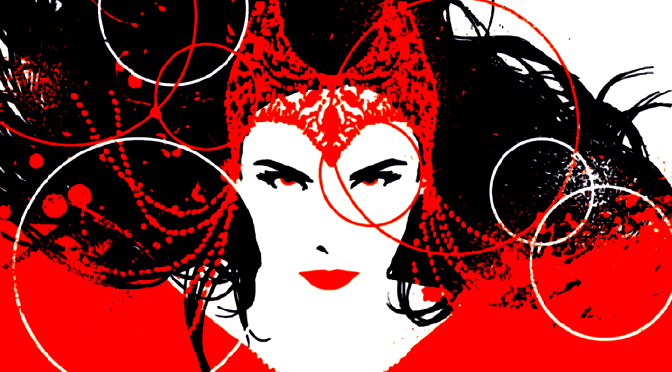 About the Death of Many Cats