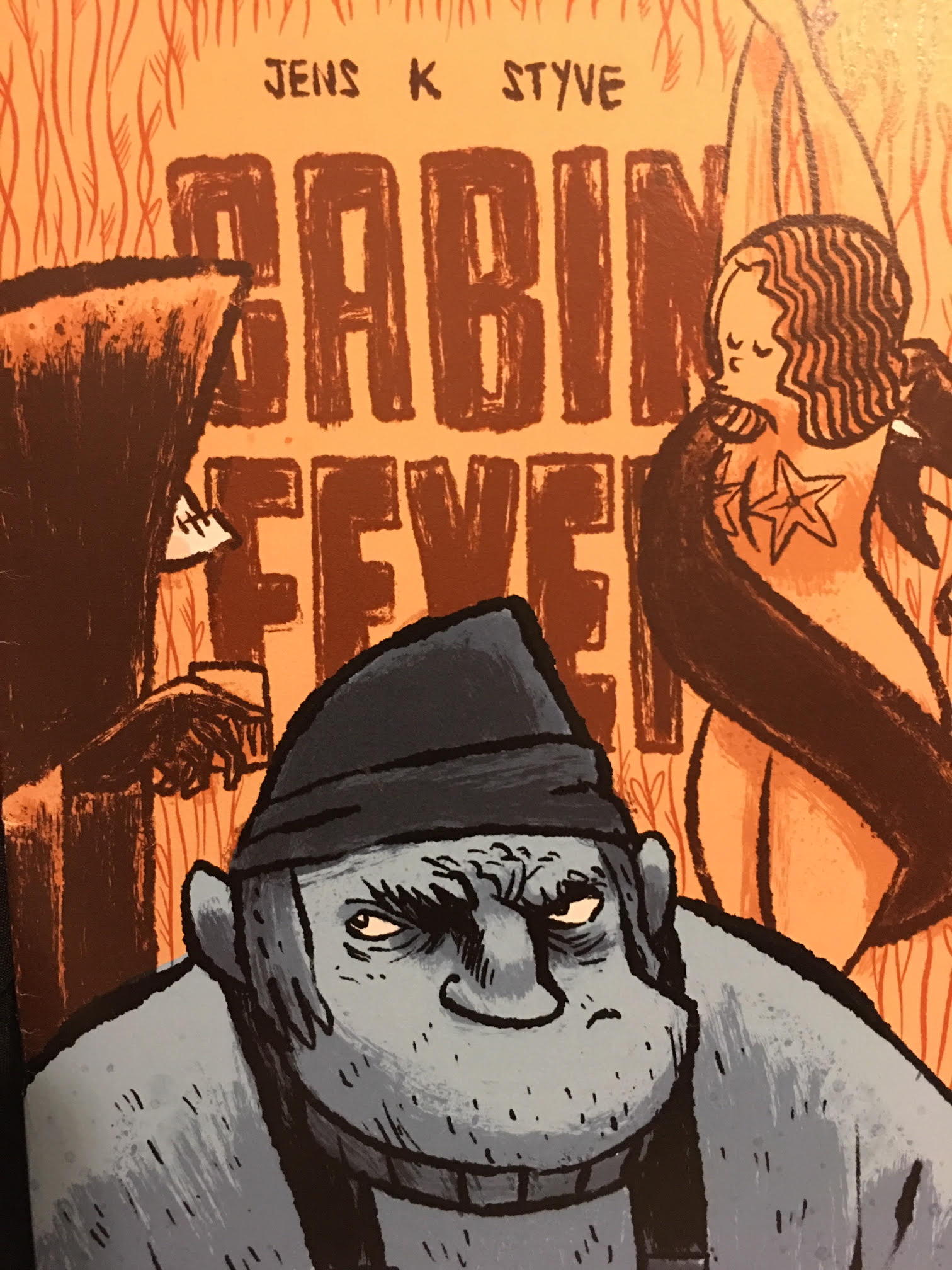 “That winter, an old punk song popped into my head and stayed for a while. I don’t know why, I hadn’t been listening to it for years. It was the song Cabin Fever by Nick Cave. Eventually, I searched it up, listened to the lyrics, and a story idea started to take shape. Later on, after reading a comic called Ink by Warwick Johnson-Cadwell, some visual ideas joined in with the story idea and it all turned into this comic.”

So writes on his blog Norwegian comic book talent Jens K Styve. We have recently reviewed Mr Styve’s work on Dunce, a serialised comedy about life as a dad in contemporary times. But Cabin Fever is very different to the goofy humour of that title.

The entire comic is without dialogue. It concerns a nameless but clearly irascible fisherman, who is alone at sea. When not fishing, he plays cards with himself and whiskey or rum is his most lively companion. The story starts with the fisherman peeing from the bow of his boat. Strange images dance around him: a mirrored reflection of the moon, ripples in the water, is for a blink the face of a woman. It is arcane and mysterious.

One day the fisherman thinks he see a mermaid. He drinks heavily, trying to burn the ridiculous image from his brain. Immediately thereafter, a spectre appears. It is skeletal, wears a black gown and a crown, and its skull is laden with undersea growths. This is some sort of king of deaths at sea.
The spectre takes a shot in a glass from the bottle of rum, and the proceeds to throughly beat the fisherman at Texas poker.

The spectre walks out the cabin door (still holding his glass) and disappears. That night, a huge storm rocks the little boat. The fisherman ties himself to the stern but the storm breaks up the boat into shards. The fisherman falls through the gloom of the pitch black ocean… and then we see the tail of the mermaid.

This title is both charming and disturbing. There is little to like in the protagonist, but like the rest of us he faces inevitable death. The odds are stacked against us all. And is the mermaid there to save him, or does she drag him into the depths in the pre-Disney tradition? Or, as the title suggests, is it all a rum-fuelled dream?

Deep sea horror seems very fit for comics. We have previously reviewed Worse Things Happen at Sea, and one day will review The Rime of The Modern Mariner. This comic is short – a mere 28 pages, and most of those pages containing no more than three panels. Yet, and we mean no pun, it contains thoughtful depths.