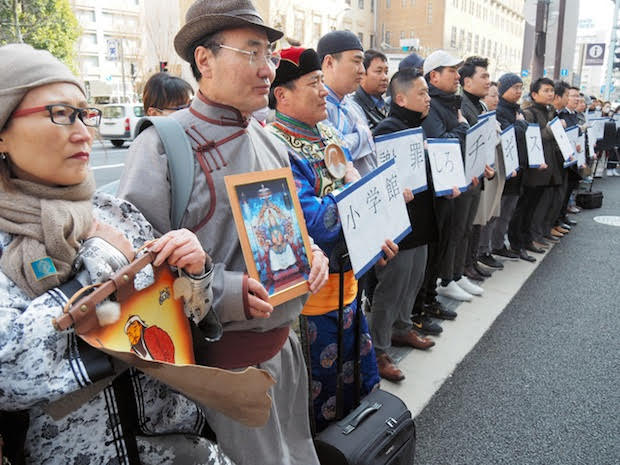 The Japan Times reports that the 15 February 2018 edition of a manga entitled KoroKoro Comic, published by Shogakukan Inc, has been withdrawn from sale. The move was sparked by protests by Mongolian citizens living in Japan, and by a formal complaint to the Japanese Government from the charge d’affaires at the Mongolian Embassy in Tokyo.

The protest is concerned with a depiction of Genghis Khan in the issue of KoroKoro Comic, in which the 13th century emperor has a crude set of genitalia drawn across his forehead. Here is an image, taken from website JapanTrends.com:

JapanTrends.com explains the humour behind the insult:

“The insulting image was a cell from the manga Yarisugi!!! Itazura-kun (Too Far!!! Prankster), a gag manga aimed at kids. In it, the iconic portrait of Genghis Khan is drawn with a penis on its forehead and a pun is made playing on the similarity of “Chinggis” [an alternative spelling of “Genghis] with chin chin, which means “penis” in Japanese.”

Indeed, the katakana characters above the image read “Chi(n) (Chi)n”: it is hard to miss.

Genghis Khan, who established and then ruled the Mongol Empire, stretching from China to Central Asia, until his death in 1227, is regarded as a national hero in Mongolia.