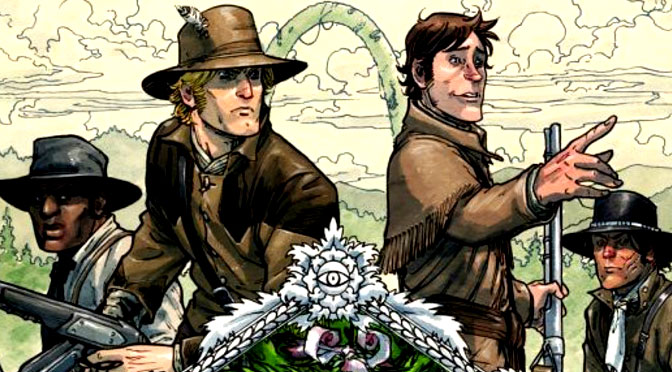 Writer Joseph Conrad published his masterpiece novel “Heart of Darkness” in 1899. The novel described Mr Conrad’s experience with colonial barbarism in the Congo, as a study in the transience of human morality. While as a consequence of the commercial benefits of colonialism the small kingdom of Belgium was rendered increasingly wealthy, sophisticated and gentile, its colony in Africa became increasingly shadowy, the focus of unadulterated evil exerted by its European overlords. The vehicle for this novel is a perilous and increasingly disturbing journey up-river to meet a man named Kurtz who has by his experiences become stripped of humanity. It was and remains a profoundly disturbing and influential work.

This novel was much later notoriously adapted as a movie about American military adventurism in Vietnam, “Apocalypse Now” (1979). In adapting a novel exposing the excesses of imperial colonialism, the movie demonstrated that even the land of the brave and home of the free in the enlightened 20th century was capable of the same inhuman frailties as 19th century despotic European kingdoms.

This comic, with the welcome addition of fantastical horror, suggests that even before the Vietnam War an historian would not need to look back far and go no further than the North American continent to find a dark moral underbelly to the American story. In 1805, President Thomas Jefferson sent a team of explorers into the North American hinterland to explore the terrain beyond the US territories and the French colonies in Louisiana. The group was called the Lewis and Clark Expedition, after its two leaders. The expedition was essentially lead by a Native American woman, Sacagawea. It is a mapping of what eventually became the continental United States of America. There has in recent times been an academic reassessment of the role of Sacagawea and her fundamental importance to the survival let alone success of Lewis and Clark. The story of the expedition is very well known within the United States and it is a standard item of the history curricula of American schools.

In “Manifest Destiny”, writer Chris Dingess has taken this historical tale of adventure and transformed it into something sinister and bereft of sentiment. The explorers are either hardbitten soldiers, or serious criminals who have been offered a pardon if they assist. The company is lead by two improbable friends: Lewis, a likeable libertine with a penchant for group sex and who has been blackmailed by President Jefferson into joining the company, and Clark, a man who literally dreams of his own death and is liberal with the lash in disciplining his men for minor transgressions. As the expedition progresses, the whip is more present in the plot. The explorers are increasingly stripped back of their humanity as they travel along the Mississippi River, the encounters more and more horrible, and their reactions to the challenges of the environment more and more awful.

When the continent of Australia was first explored and dead specimens of the platypus were sent back to London for study, the naturalists in England did not believe that such an odd creature could exist (a duck-billed mammal which laid eggs had not previously been encountered before) and they assumed that the platypus had been stitched together as a prank. The exploration of North America did not produce anything so obviously exotic as the platypus or kangaroo, because the now-submerged land bridge between Asia and North America ensured broad continuity amongst large animal species. Mr Dingess has fixed that with the introduction into his story of some utterly horrible predators.

In the first volume, the explorers travel to the French colony of La Charette but on the way are routed by a tribe of bison-like centaurs with a taste for human flesh. The explorers take refuge in the walled town, only to discover that it is overgrown and silent. It quickly evolves that the survivors of La Charette are holed up and have armed themselves against the balance of the town’s population, which have been infected with a fungus, died, and essentially zombified. Some harrowing action follows which includes men becoming infected and aware, to their horror, that they are doomed, and the landing party being hemmed in between the centaurs (inappropriately called “minotaurs” by the explorers, a source of rare humour in this story) and the zombies. Friends and relatives are heart-wrenchingly incinerated, fire being the only method of destruction of the infected.

Taking casualties but also taking on board the survivors of La Charette, in the second volume the explorers next find an amphibious creature the size of a bull which tears through the company and rips off limbs. This carnivorous frog preys upon the explorers from the depths of the river, its hunt quiet and chilling. One of the soldiers tries to rape a French woman. For his crimes the soldier is offered up as bait to the killer frog, and loses a leg. An encounter with a tribe of Indians in which the explorers would certainly have been killed concludes when tells the Indians that she is already dead and guides the explorers to destruction.

Punctuating the Mississippi river landscape are enormous arches. These convey the same sort of ancient mystery of the Pyramids of Giza: improbably large, apparently artificial, potentially built by man but by means not obvious, and cursed. In the third volume, the expedition encounters a race of sentient creatures, living in Stone Age-type civilisation, called the Ferzon, which are part bear and part bird. The little creatures are guileless, vaguely funny, and otherwise akin to the Ewoks from the third Star Wars movie, “Return of the Jedi” (1983). The Ferzon become allies of the explorers. The Ferzon have recorded their history in carved pictographs, and claim to have originated from a place with two suns. This prompts the conclusion that the Ferzon are aliens from a binary system, and that the arches – which are in various states of decay – were some sort of interstellar transportation device. Starting its existence in the reader’s mind as an iteration of a famous adventure splashed with fantastic horror, “Manifest Destiny” may in fact end as a science fiction story.

And at the end of the third volume, in a brutal exercise entirely familiar to those aware of the sad history of interaction between European colonists and Native Americans, the explorers creep into the Ferzon village at night and slaughter them all, in order to burn the way clear for future waves of American settlement. The term “manifest destiny” was coined by a journalist in 1845, long after the events depicted in this comic. But the concept of continental expansion of the United States was one favoured by many Americans in the 19th century (not universally – some politicians of the time believed the Louisiana Purchase, whereby the United States acquired French territory from Napoleon Bonaparte in 1803, was unconstitutional), and it is fair to say that American territorial expansion was very frequently achieved in the most savage of ways. “Manifest Destiny” captures that essence superbly.