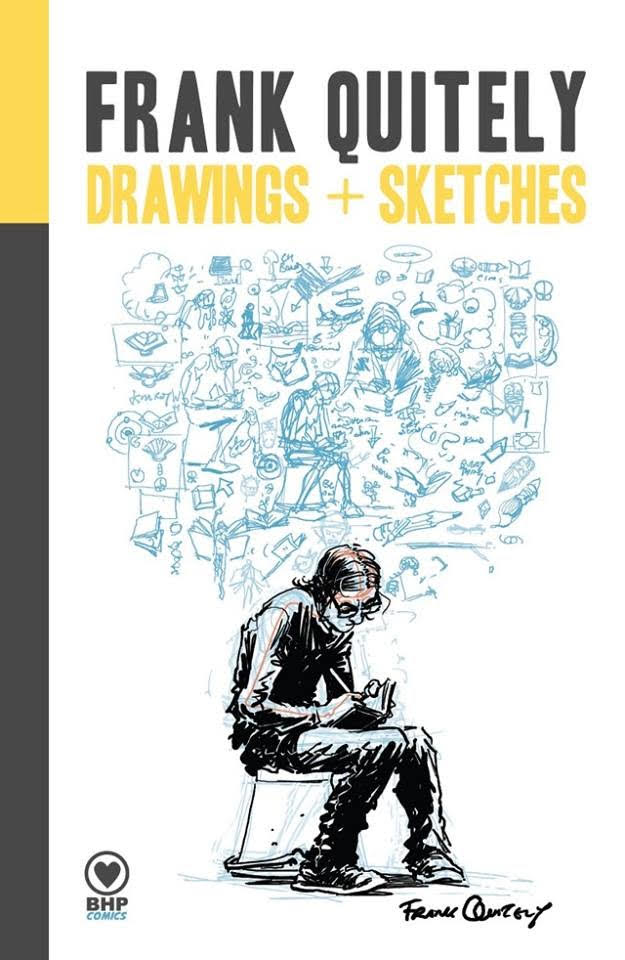 Mr Quitely has been prolific over the past thirty years. Amongst his portfolio is art for:

Mr Quitely’s planning and attention to detail is breathtaking, and perhaps that is the best aspect of this hardcover collection of Mr Quitely’s drafts. It evolves that Mr Quitely is a hoarder, and exhumed bundles of his drafts in 2018 were put on display in Glasgow in an exhibition called Frank Quitely: The Art of Comics, and which also make up the content of this book.
The collection has a raw and visceral quality to it which contrasts with Mr Quitely’s finished work. In published form, Mr Quitely’s art is finely wrought, with meticulous details such as the folds of cloth, droplets of blood, or the drape of hair amongst his hallmarks.

But the arrangement of Mr Quitely’s drafts in this book are often far from the finished form. They are scribbly and dynamic, often the first thoughts of the artist as he nuts through the initial stages of the creative process. Interestingly, Mr Quitely (if this collection is any indication) spends much more time on scenes and backdrops than on character development.

Mr Morrison in particular challenges Mr Quitely to push his limits. In the narrative explanations from Mr Quitely to the drawings, Mr Quitely describes the process of drawing Pax Americana, a remarkable comic we have reviewed back in 2015. Mr Morrison’s notes to the editor at one point observe that he and Mr Quitely will sort out a particular page between themselves. In this book, Mr Quitely describes that fiddly and time consuming process, with drafts and re-drafts in order to achieve and occasionally re-direct Mr Morrison’s vision, including the notoriously complex murder scene:

This is an entertaining collection. The only complaint is its brevity. From front to back, the book will take less than twenty minutes to read (so, perhaps more time than the average monthly American superhero comic book). The book however will be of both interest and assistance to artists who want to take a long look at Mr Quitely’s painstaking creative process.