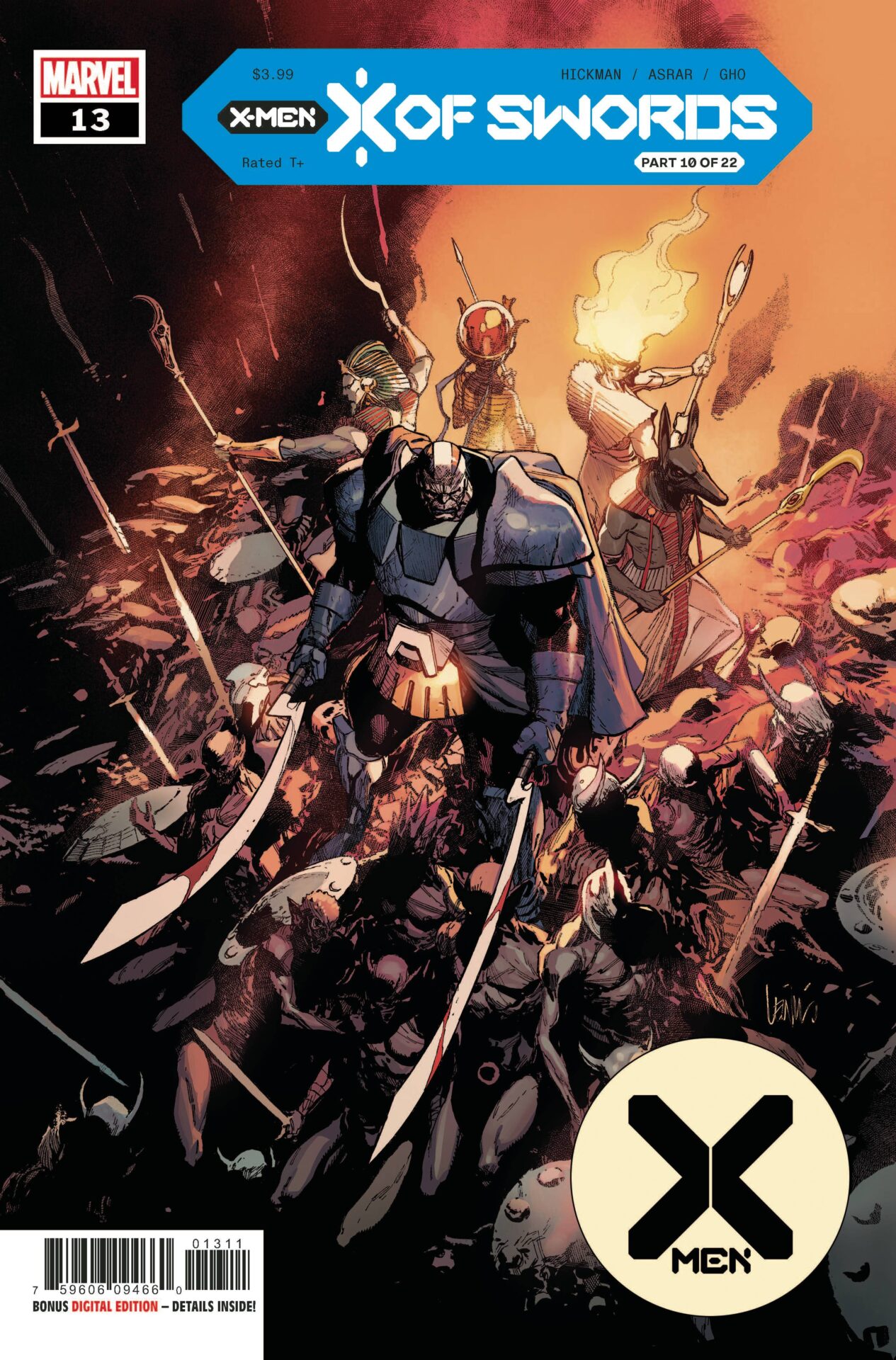 Only the other day, it seems, did we review the first issue in this story, and here we are with the second last chapter – see https://www.worldcomicbookreview.com/2020/10/13/x-of-swords-creation-1-of-22-review/ . In-between were eight parts, scattered amongst various X-Men titles, running from 30 September to 21 October. Such is the pace of the sales machine which is American comic book publisher Marvel Comics.

This particular issue seems more like a small piece of the jigsaw puzzle than anything substantive. Former X-Men adversary Apocalypse is lying in agony on a bed on the mutant homeland of Krakoa, his body bubbling away from injuries sustained in X of Swords #1. In a reverie, Apocalypse revisits his origins in prehistoric Libya where his wife, named Genesis, and one hundred mutant champions successfully fend off the hordes of an interdimensional hell called Amneth.

In this, there is more than a touch of:

The similarities are striking but of themselves nothing special to complain about: these sorts of conceptual borrowings happen in American comic books all the time.

Otherwise, we are introduced to Apocalypse’s ancient weapon, the Scarab, which is described as forged from “red gold iron of the old kings of Atlantis” and “imbued with eternal sadness”. What on earth does this mean? Does Apocalypse, as he decapitates you with his blade, fill you with grief?

All in all, this struck us as blatant filler material for the overall series. A disappointment, having regard to writer Jonathan Hickman’s otherwise formidable talents. For the purposes of Comic Book Round-Up’s scorecard, we give this 3 out of 10.