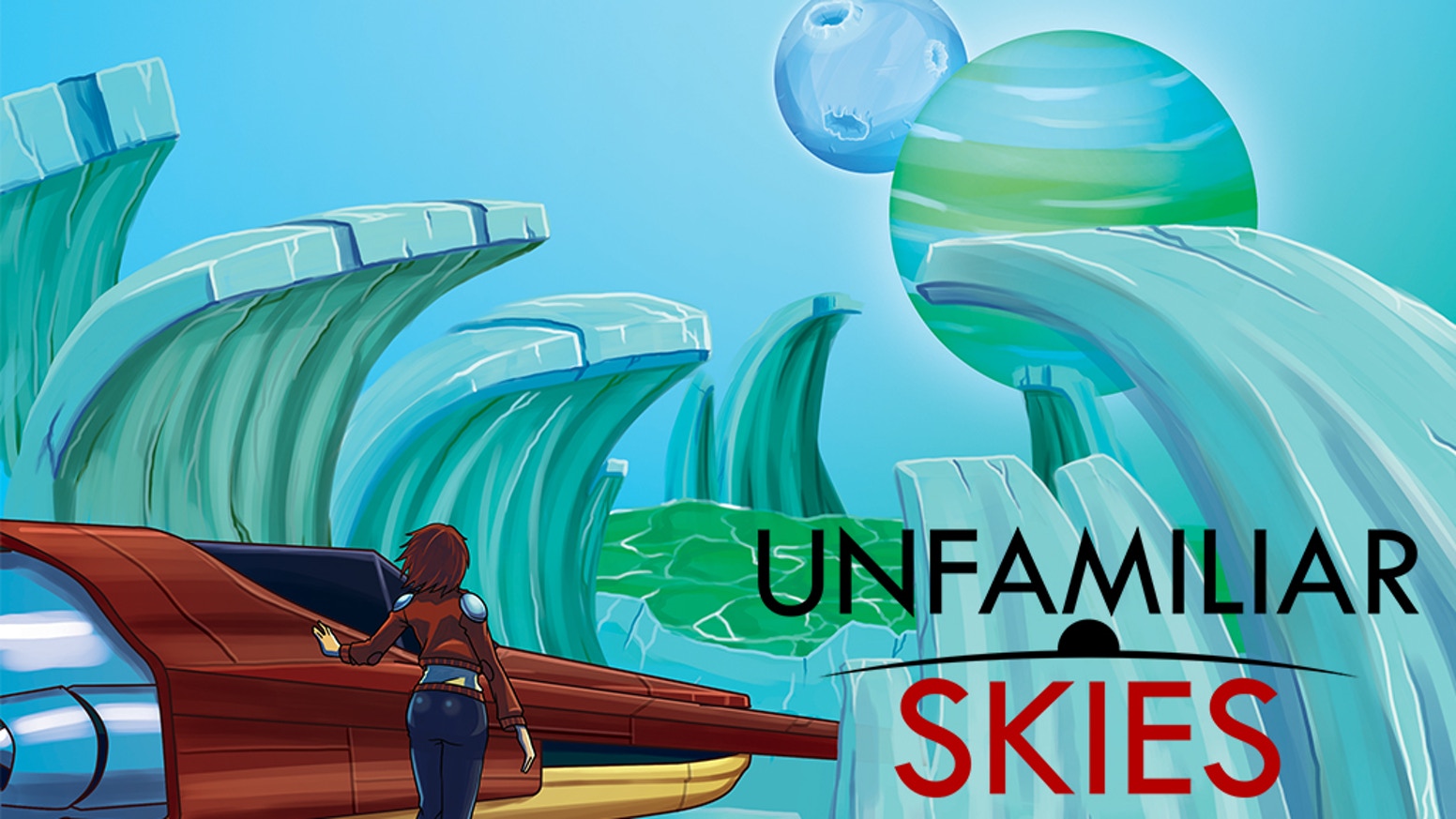 UK writer and artist Sam Webster has written a comic ideal for the pre-teen, animated Star Wars demographic. It features many of the indicia of Star Wars: interstellar spacecraft the size of cars, bug-eyed aliens (some friendly, some treacherous, some hustling for what they can get), a “void wyrm” which is in essence giant dragons which lives in the void of space (but nonetheless has nostrils!), being captured and improbably escaping, a quest for a mysterious space relic. There are strong anime influences in both the writing and the art, perhaps explaining also the enormous father-offspring issues which is so common in Japanese manga.

The copy for this comic reads as follows:

The series follows Claris Muston, a 19 year old who was born on a space colony bound for an Earth-like planet. Claris doesn’t want to be confined to the colony ship and resents having had her future decided for her. She steals a scout ship and sets off to take control of her own fate!

Unfortunately for Claris, she’s still young, rash, and impulsive, quickly finding herself getting into trouble and easily being led and manipulated by others. Over the course of the series, Claris will grow, mature, and become stronger, but right now she’s a whirlwind of rebellion.

There are one or two intriguing themes in the comic which would be worth exploring in a title for a more mature audience. First, Claris is a girl, not a boy. Most comic book titles aiming for a pre-teen science fiction readership feature male heroes. Claris herself is not dressed in pink hues. Instead, she wears sensible clothes for someone engaging in an off-beat adventure. Mr Webster is to be commended for reversing the gender stereotype so as to create a title which is likely to appeal to a female readership seeking something other than Mattel toy-related spin-offs.

The other interesting element to this title is whether the descendants of a colony ship would resent the decisions of their ancestors to strand them on a slow moving vessels for generations. This is broadly reminiscent of Robert Heinlein’s novel, Orphans of the Sky (1963). Claris complains to her mother: “I should say my great great great grandfather’s at fault.” The question arises from this scenario, though: if Claris has a buggy spacecraft that can zip around between stars, why is there an aging population on a slow-moving colonising ship?

But this reads far too much into the story. It is meant to be fun, light-hearted fodder for early readers with an interest in rebellious teenage hijinks (although the fisticuffs with Dad is probably crossing the line for many parents). “So what did you do today?” Claris asks herself. “Nothing special. Stole a spaceship. Ran away from home.” It is cute, fluffy stuff.