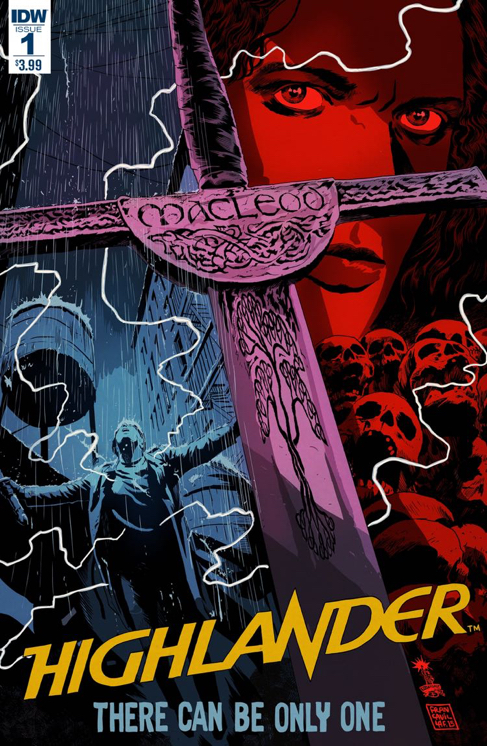 The main (and original) premise of the “Highlander” franchise is that there are immortal beings who have lived among humans since the dawn of time. These beings are bound by the rules of “The Game,” under which all immortals are to fight and behead each other until only one remains. An immortal who takes the head of another gains all of the dead immortal’s skill and knowledge, which meant that the more kills an immortal has, the stronger he or she is.

The “Highlander” franchise has a very expansive built-in continuity, as expected of any narrative where most of the main characters have lived for centuries. But several aspects of the franchise are out of kilter. Various writers have cherry-picked continuity threads and elements to carry over into new spin-offs. The most notorious of these involves the alien origin of the immortals, which was tackled in the second film, but was edited out of the director’s cut of the same film and never mentioned again. The true winner of “The Game,” was also revealed in the second film as a character who died in a later film.

“Highlander: The American Dream” conveniently and sensibly avoids getting caught up in all of the continuity issues by being set before the events of the 1986 film. This means that the comic is accessible to readers who are not especially familiar with the franchise. But it also contains enough narrative texture to engage longtime fans, by scattering references to the main series through passing mentions of events that have yet to happen or characters that have yet to appear in the story.

The story focuses on the film’s main protagonist, Scotsman Connor McLeod of the Clan McLeod. McLeod was born in 1538, making him 468 years old during the events of the original film. It also looks at another immortal named Osta Vazilek, who was an Estonian who originally fought in the First Crusades (and killed countless Christian invaders). Vazilek grew tired of the fighting and became a wandering pacifist, and eventually a monk. While the rules of The Game prevent the two immortals from considering each other as a true friend, they do meet each other on a regular basis. The two characters are implied as avoiding fighting each other on the understanding that while the last immortal may very well rule the world, they would rather see the more malicious immortals fall first before being forced to take on each other.

The comic follows Vazilek and McLeod through different time periods, as they actively pursue another immortal named John Hooke. This other character is a cause for concern for Vazilek, as Hooke shows no respect for the rules of The Game, including and especially trying to behead other immortals while on holy ground. As demonstrated in the first motion picture, holy ground, such as churches, are regarded as neutral ground where no fighting among immortals is allowed. Hooke has evolved into a serial killer who happily preys on immortals and mortals alike.

So far “Highlander: The American Dream” does a good job of emulating the formula that made the “Highlander” franchise so engaging. There are depths to be explored in the mythos, given all the characters have lived for millennia. The title offers a glimpse into three different immortals with differing approaches to life, as the world changes around them in bewildering ways.

The relationship between Vazilek and McLeod is also intriguing. Readers are treated to a relationship where two good men, who would normally promote the other’s success, are instead compelled to accept that it will still come down to only one surviving in the end.

John Hooke’s portrayal is the sole disappointment. The character is one-dimensional and seems to exist merely for the purpose of giving the protagonists a villain. Hooke’s actions are brazen and, unlike the ritual beheadings in The Game, have never escaped the eyes of mortals. And so so we get a new and different perspective of The Game – here we also see glimpses of the mortals, who get caught up as victims, as bystanders, and hapless law enforcers as the immortals try to whittle their own numbers to the very last man. With only three issues, “Highlander: The American Dream” has already shown enough potential to be a worthwhile read.