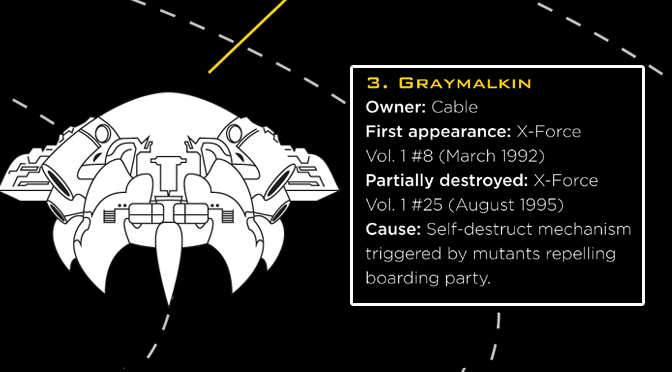 a. the visual impact, which comic books do so well, of a machine perched above the world;
b. the message to readers of the protoganist’s technological might; and
c. the temptation to eventually blow the satellite up.

And our latest infographic underscores that. Establishing a superhero headquarters in orbit is not a safe bet. Presently American comics publisher Marvel Comics have a leading character, Captain Marvel, based in a satellite, co-habitating with Canadian superhero team Alpha Flight. We brace ourselves for its inevitable demise, and if we take the average of the longevity of the satellites listed in our infographic, we give it no more than five years.

Click the image to see the full sized version.