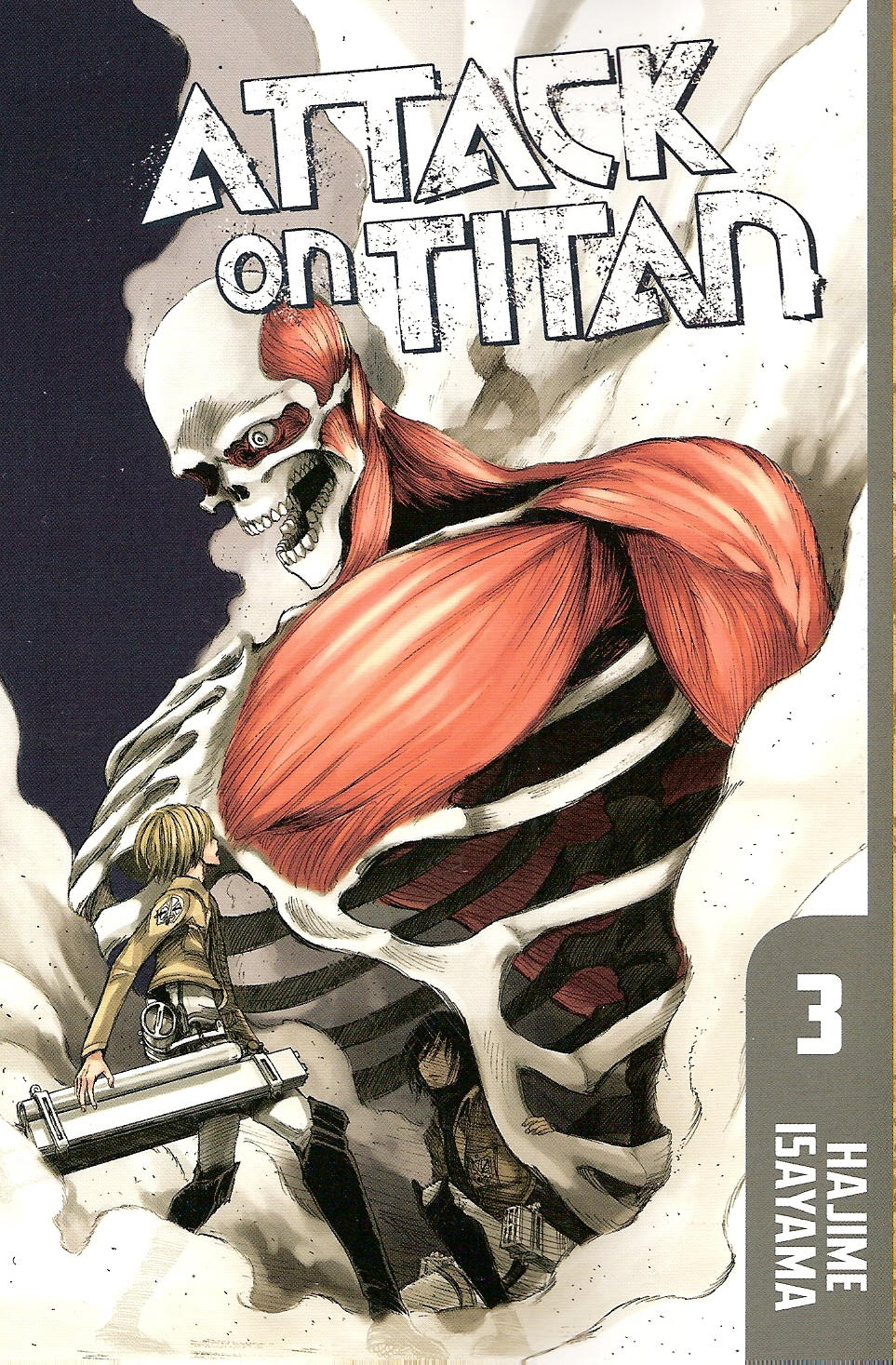 Japanese writer’s Hajime Isayama’s Attack on Titan commenced publication in 2009. The dystopian science fiction manga, set in a future where cities are walled off against horrific, skinless, man-eating titans, has been collected in twenty-six volumes. The walls, named Maria, Rose and Sheena, stave off the titans until one day, a giant colossus appears and smashes through the outmost retaining wall. The desperation of the story is captivating: the titans seemingly hunt humans for sport, and cannot properly digest them – instead, they vomit up the remains. Eren, the protagonist, is driven by vengeance, having watched his mother being eaten alive.

The manga has been adapted as an anime, various novels, video games, and a live action mini-series. It has sold many millions of volumes – as at 2014, it had sold 30 million volumes – and has won many awards. Attack on Titan has been interpreted as having a political message – the titans represent China, and it has found popularity in the two regions which feel threatened by mainland Chinese influence, Hong Kong and Taiwan. Indeed, on 12 June 2015, the People Republic of China’s Ministry of Culture listed Attack on Titan among banned 38 anime and manga titles because it (amongst the other titles) “include scenes of violence, pornography, terrorism and crimes against public morality”.

Attack on Titan is now apparently entering its final arc. In mid-November 2018, Mr Isayama was the subject of an interview in the Japanese TV program Jonetsu Tairiku. The preview for the episode announced that the manga was entering its final arc, and further, the broadcast disclosed a sketch of the final panel of the manga, featuring a single word balloon: “You are free”.

What does this mean? Could the scourge of the titans be ended?