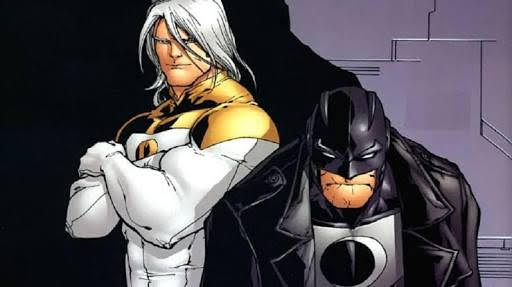 The year 2018 marks the seventieth anniversary of the creation of Superman, a globally famous superhero character owned by American publisher DC Comics. It would be a remarkable milestone of longevity for any creative work. The character has been continuously published since 1938, has spawned, amongst other things, countless motion pictures, cartoons, action figures, t-shirts, monster trucks, and bow ties. Superman has been involved in or attached to everything from lunchboxes to litigation.

Indeed, in respect of court proceedings, of all comic book characters, and because of the iconic value of its brand, Superman is the one which has been most copied and most sued upon. There is a significant body of law around the enforcement of DC Comics’ rights in the character, as the publisher quashes rivals and rip-offs. The Superman-esque characters which have triggered litigation include:

c. The Greatest American Hero (Warner Bros. Inc. v. American Broadcasting Companies, Inc., 720 F.2d 231 (2d Cir. 1983)) (although in that instance, the court said the alleged infringing character “looks and acts marks him as a different, non-infringing character who simply has some of the superhuman traits popularized by the Superman character and now widely shared within the superhero genre.”)

The cliche about imitation and flattery aside, Superman has spawned dozens of imitations. DC Comics’ other major character, Batman, has also more than a fair share of facsimiles, a topic we discussed some time ago.

So while the limelight is presently focussed by DC Comics upon Superman, no attention at all this year has been paid to what we think is the most important of all of Superman’s doppelgängers – and his acerbic and unique partner. For 2018 is also the twentieth anniversary of Superman’s Wildstorm Comics counterpart, Apollo, and Midnighter, a Batman analogy.

We remedy that oversight with this note.

DC Comics once published a comic called World’s Finest, which ran from 1955 to 1986. It featured the combined exploits of Batman and Superman, DC Comics’ two main superhero characters.

The characters have been depicted over the decades as either best friends, or as strange enemies (a theme first explored in Frank Miller’s Dark Knight Returns in 1986).

Both characters have consistently had various female romantic interests. Yet the two superheroes remained a consistent couple in comic books for decades.

The two seem inseparable, and quite deliberately: by placing both of its most popular characters in the one title, DC Comics reasoned that readers would buy it. And it worked: some years after World’s Finest ended, DC Comics revived the concept with the title Batman/Superman, which ran from 2003 to 2011.

In 1998, British writer Warren Ellis decided to extrapolate the relationship, and introduced into the title Stormwatch (then published by Wildstorm Comics) two characters named Midnighter and Apollo.

These characters are parallel versions of Batman and Superman. Superman, depicted in bright primary colours, is regarded in comic book canon as deriving his enormous range of superpowers from the Sun: Apollo, in a bright costume of white and yellow, also derives his formidable power set from sunlight.

The dark-garbed Batman is regarded within DC Comics’ superhero continuity as one of the world’s greatest fighters and, in more recent decades, as a master strategist. In comparison, Midnighter is an unbeatable melee combatant with hardware in his head which enables him to predict the moves of his opponents and know how to beat them before the beginning of any fight.

But most importantly, while Superman and Batman are best friends, Apollo and Midnighter on the other hand are a gay couple. This closed a circle on what is long-regarded as the most dramatic and political era of American comic book publishing: the inquiry into the medium following the publication of the book, Seduction of the Innocent. This highly controversial commentary on the impact of comic books upon youthful readers was published in 1954, and written by a psychologist named Fredric Wertham. One of Dr Wertham’s theories was that Batman and his teen sidekick Robin were a gay couple, and were gay role models to young boys and girls – an alarming proposition in 1950s America. Wikipedia notes, “Will Brooker also points out in Batman Unmasked: Analyzing a Cultural Iconthat Wertham’s notorious reading of Batman and Robin as a homosexual couple was not of his own invention, but was suggested to him by homosexual males whom he interviewed.” Seduction of the Innocent was a minor best seller in the United States, and compelled the comic book industry to adopting a self-censoring regime, called the Comic Book Authority Code. And so the irony of openly gay superheroes featuring in their own superhero title fifty years later is acute.

The two characters have been depicted as married. As noted on the website Complex:

“By the 2000s, comics had dealt with gay characters pretty extensively, but there was still one hurdle to cross: marriage. In The Authority #29, writer Mark Millar finally made the leap by featuring a wedding between two gay characters in the book, Apollo and Midnighter.

The best part about this gay wedding is that The Authority was still under the radar to most readers, so the plot wasn’t used as a shocking publicity stunt like we’ve seen both Marvel and DC do in recent years. It was actually a logical extension of the plot and respectful to both characters.”

In an interview with GLAAD in 2016, writer Steve Orlando noted:

“They’re icons for that because they don’t suffer fools and they look fear and hatred and oppression and death and evil in the eye and they tell it to move. And I think that makes them incredibly important and it’s why I love writing them every day. Because we all wish that we could do that and we need to be inspired to do that when it comes to being strong. Not of course to punch our fist through people’s faces, but that’s the most exciting thing about being able to tell these stories. Finally, a gay couple gets to be the heroes and get to tell stories, where, for a relative rarity, we don’t die at the end. We’re the heroes now and finally we get to be in that space.”

Of the two, Midnighter has become the more popular. Armed with nigh-unbeatable combat skills and a pitch black sense of humour, Midnighter has supported a title of his own. (We have considered the first issue of this title previously.)

The curious twist to the development of these characters is that while they started as parodies of Batman and Superman. Yet because of their enduring popularity and because of US media companies’ (overdue) emphasis on diversity, Midnighter and Apollo have become important character properties in their own right – and as Mr Orlando notes, iconic as milestones in diversity in American comic books. Another quirk to the story of the two characters is that Wildstorm Comics was bought by DC Comics in 1999, and more recently parts of its continuity have been integrated into DC Comics’ mainstream continuity. We thus have the strange scenario whereby Batman and Midnighter can interact.