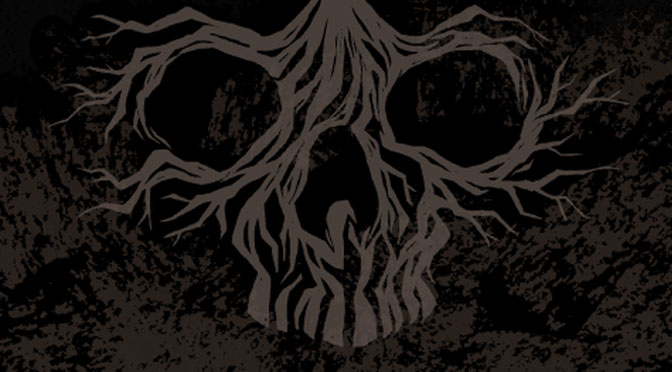 World Comic Book Review was hoping this month to review volume 2 of “Trees”, but the publication of the second volume has been delayed until mid-year. The price to pay for enjoying the enormously creative output of British writer Warren Ellis is that his comics frequently suffer from delays in publication. Here is our critique of the first volume, published in 2015.

In our review of Green Lantern Corps: Edge of Oblivion 1, we discussed the silliness of all aliens depicted in particularly American superhero comic books as being chondrates. Animals on Earth with bilateral symmetry in, amongst other things, eye position, a centrally located nose, and limbs in a parallel array all have a common genetic ancestor. There are plenty of animals on this planet which are not chondrates, the most commonly-known and easiest to spot (assuming you live near a body of salt water) being jellyfish. Bear in mind that aliens, as creatures which did not evolve upon the Earth, may not be oxygen-breathers (oxygen is toxic as demonstrated by the browning of cut apples) nor are they necessarily reliant upon light for perception (or if they are, the spectrum of light which they perceive may not be anywhere near the spectrum of most Earth creatures) and are even less likely to have devoloped a sense for perceiving minute vibrations in the atmosphere (ears). Sharks, for the purpose of comparison, have a sense not shared by mammals, by which they detect electrical activity by a sense located in a shark’s snout and down its spines. A sentient creature which perceives or even communicates in reliance upon such a sense would not know how to communicate with a human without the intervention of technology.

The idea therefore that an alien which looks exactly like a Caucasian human with the ability to photosynthesise, and landing on our planet, is therefore almost impossible, even in an infinite universe, and even with there remote explanation of genetic colonialisation through vacuum-surviving spores which have been theorised by some scientists. A photosynthesising chondrate, or even a photosythesising human, originating from Earth is much more probable than a photosynthesing alien which looks externally like a human. Aliens arriving on this planet with powers and intellect beyond those of normal humans are likely to be unrecognisable as a life form, as humans understand life.

The desire of those aliens, which may fit within our concepts of oxygen-breathing, warmth-loving life, to visit and thereafter colonise our planet, however, is plain. Earth sits in the Goldilocks zone of neither being too close to the sun and therefore too hot, nor too far from the sun and therefore too cold. It is protected from galactic debris by a sweeping array of immense gas giants with gravitational fields which attract and dispose of comets and meteors which would otherwise destroy the Earth (such as the Shoemaker-Levy 9 comets, which smashed into Jupiter in 1994, and a big strike again last week). The Earth has a large moon which, from the scars on its face, performs a similar function. And the Earth has a rotating iron core which generates a magnetic field which helps resist cosmic rays, and an ozone layer to help resist ultraviolet rays. Alien invaders might view the Earth as prime real estate. But would those aliens notice us, or, perhaps, even have the ability to notice us?

Mr Ellis has created a very intriguing scenario with his comic book “Trees”. The trees in this comic are enormous black organic columns, trunks without leaves, and which are so tall as to penetrate cloud cover. The trees have a root system, and feature odd circular patterns. They are silent. If they are sentient then they give no indication of recognising that they are surrounded by human life. The trees appeared one day, presumably from space. Weapons which might destroy them do not function in the presence of the trees, and this includes nuclear weapons.

The novelty of the appearances of the trees has passed by the time this story occurs, but the scars are still there. This is especially so in New York where the appearance of a tree on Manhattan Island devastated the population and resulted in the imposition of martial law. Periodically, the trees discharge waste. The waste is catastrophic, a toxic wave of green foulness which is lethal to any humans living beneath the tree. This is a more violent form of pine trees’ dumping of salt in its surrounds, deterring most form of both competing and otherwise complimentary undergrowth. At the beginning of this volume, many people die in Rio De Janeiro when a tree without warning releases waste into the human community. If the trees know, they do not care.

The presence of the trees has consequences in human behaviour, in ways which make sociological sense having regards to each tree’s immediate surrounds. One isolated tree in the Arctic is the subject of scientific examination. One in Africa is essentially weaponised. A tree in Sicily has caused anyone with the means to do so to leave, with the poor staying behind. This leads to a degree of lawlessness, facism and violence, at a level which is tolerated by the community because it is systemic but not invasive. And a tree in China becomes a sealed bohemian enclave (vaguely resembling an idealised version of the Walled City of Kowloon) which is barely tolerated by the People’s Liberation Army. It is a very Chinese experiment in social liberalism in a place which nobody, because of the tree, cares about anymore.

Mr Ellis has populated these locations with many interesting characters. These include:

1. a naive Chinese artist from the countryside who falls in love with a transvestite woman in the beautiful chaos of the town between the tree;

2. the compulsive scientist (exuberant amongst his sardonic and exhausted colleagues) who cannot let go of studying the Arctic tree and starts to cultivate the mysterious flowers which have appeared at the tree’s base; and

3. the archetype Mr Ellis is very fond of: the intellectual ubermensch (which we last discussed in our critique of Mr Ellis’ Karnak 1), this time incarnated as a retired Italian professor and spy, who decides with superior arbitrariness to empower a street girl, and who knows as sure as the sun will shine that catastrophe awaits.

When it does strike, it strikes at least in this volume in ways within the parameters of human behaviour, admirably predicted by Mr Ellis:

1. The president of Eritrea (who has more than a passing resemblance in style and temperament to the current president of Rwanda) mounts missile systems on the top of the tree bordering Somaliland in a blatant grab for resources. A tree has been militarised, and in the most conflict-laden continent on the planet;

2. The Chinese government decides that the decadence of the city beneath the tree has gone far enough, and troops move in (and in a very contemporary touch, the troops are backed by robots identical to those presently being tested by Boston Dynamics, a subsidiary of Google) and gun down the inhabitants;

3. The Sicilian woman trained by the retired Italian spy master comes to run the city and kills her master.

Missing from this list of human reactions, perhaps, is disaster tourism (the elite surveying the sundered landscape for pleasure) and a religious response to the inexplicable, silent, godlike columns.

The manifestation of the flowers suggests that a second stage has arrived in respect of the significance of the trees. Living creatures propogate and spread, suggesting the possibility of territorial conflict with humans. It also seems that many of the trees are located in cities. What is it beneath the ground which attracts these trees? Mr Ellis in his title “Planetary” 21 (Wildstorm Comics, 1999) explored the possibility that psychoactive drugs draw upon the dreams of the buried dead. In his wacky title “Nextwave: Agents of Hate” 1-2 (Marvel Comics, 2006), Mr Ellis noted that humans are delicious snacks for monsters because humans have been fed fats, sugars and MSG. If the trees feed, is it because they are located near cemeteries and decomposing humans are a food source?

The mystery of the trees is a delight. Mr Ellis is very good at these sorts of world-threatening exercises. But he does not usually attempt them with such slow, measured, creeping dread and in tbat regard this title suggests the achievement of a new level of finesse in his already formidable skillset. When the second volume of “Trees” is published, we will be amongst its more avid of readers.