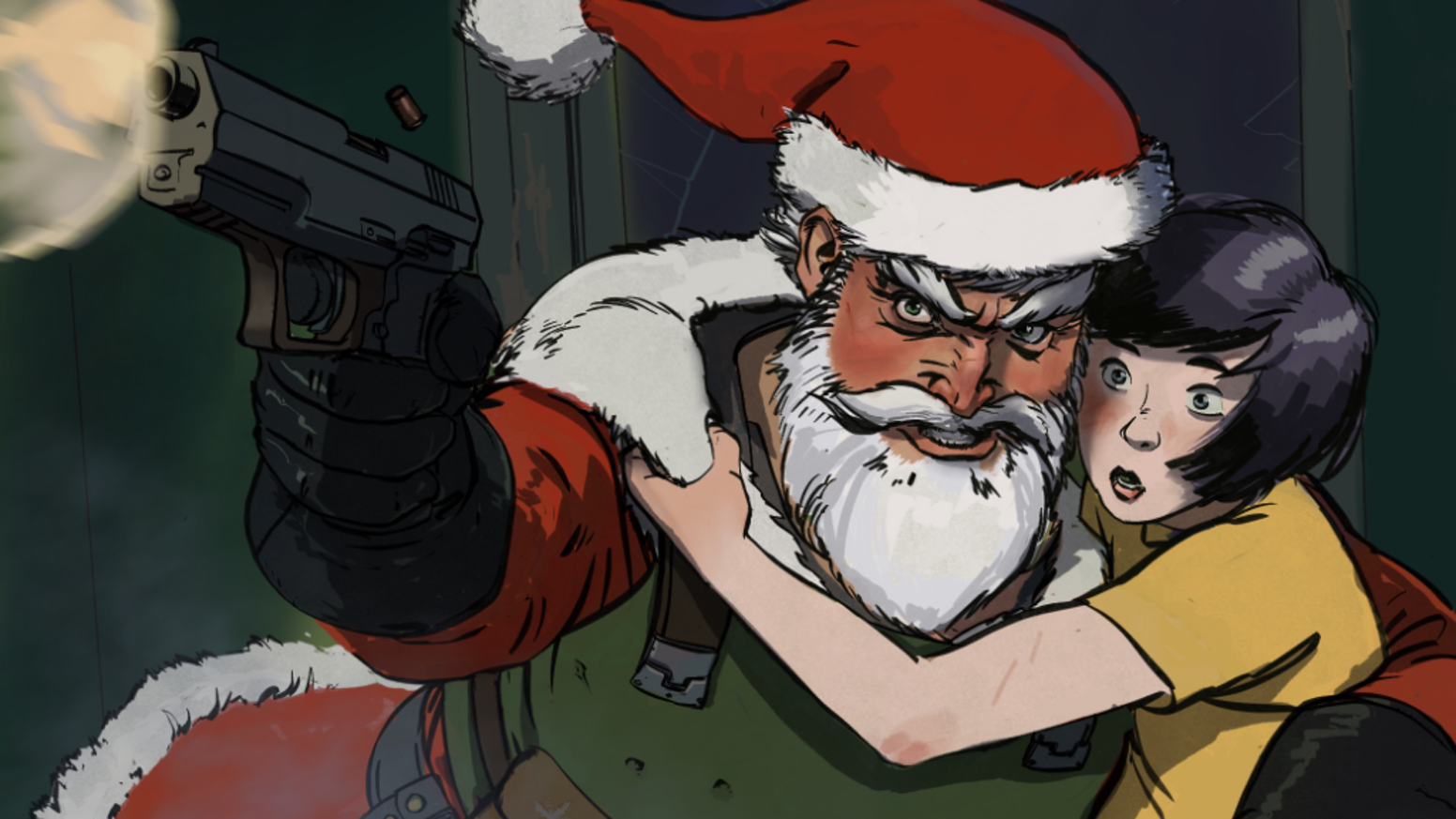 The List is a weird concoction. Santa, so the tradition goes, keeps a list of who is naughty and who is nice. This is a story of the Santa who deals with the naughty people. Salvatore is a former British commando who has taken to drinking and punishing people who assault children. Salvatore is part of a Santa corps, of sorts – a variety of people who dress as Santa in a secret society. The Santas are assisted by elves – actual, stocking wearing elves, who fulfil the role of a support team. And the entire operation is led by Jesus Christ. Yes, that Jesus Christ, replete with a halo. Here is the promotional pitch for issue 2:

It is weird. It is also jarring: the concepts of elves, straight out of the children’s fantasy of Christmas, interacting with Jesus, and in the context of a retired soldier avenging child abuse, do not sit well together at all. There are images of beaten children, cowering, on one page, and then Jesus sunnily dispensing wisdom on the next.

What is missing from this title is the benefit of editorial oversight. An editor would have hopefully reined in the impulse to mash together such an emotionally charged topic as child abuse with humorous religious irreverence straight out of Monty Python or South Park. An editor might have stripped away Christ and the elves and only slightly reworked this to become a compelling and psychologically sophisticated vigilante story: rather than a muscled gun man who wears a skull on his chest, an avenger of children who wears a costume that abused children immediately associate as kid-friendly and safe. But here we are.

What redeems the story are:

1. Liana Reccione’s art. It is highly reminiscent of that of Kilian Plunkett (think of Mr Plunkett’s early work on Unknown Soldier with Garth Ennis, rather than his work on Star Wars) with evocative facial expressions and substantive work on perspectives.

2. James Stimpson’s characterisation of Salvatore. Salvatore is a haunted man with a grim job. One day a year is not enough, and so he trains the other days. That training is arduous and intense. The names of the children he has not saved sits heavily with him. Salvatore drinks to cope with his failures, and is strong but overweight. And he does not fit in well with the other Santas to the point that one tries to frame him. In the second issue, as foreshadowed by the promotional blurb, Salvatore starts to pull himself together so he can more effectively make his “deliveries” come Christmas. The mission drags him out of despair. That one day a year cannot be wasted. Mr Stimpson has worked very hard on carving Salvatore’s personality out of shattered granite. Notwithstanding what we have written above about the overall concept, we could happily read the ongoing adventures of Salvatore for as long as the creators wished to publish them.

The second issue of The List is currently the subject of an oversubscribed Kickstarter campaign: https://www.kickstarter.com/projects/jamesstimpson/the-list-2-not-your-normal-christmas-tale-continued