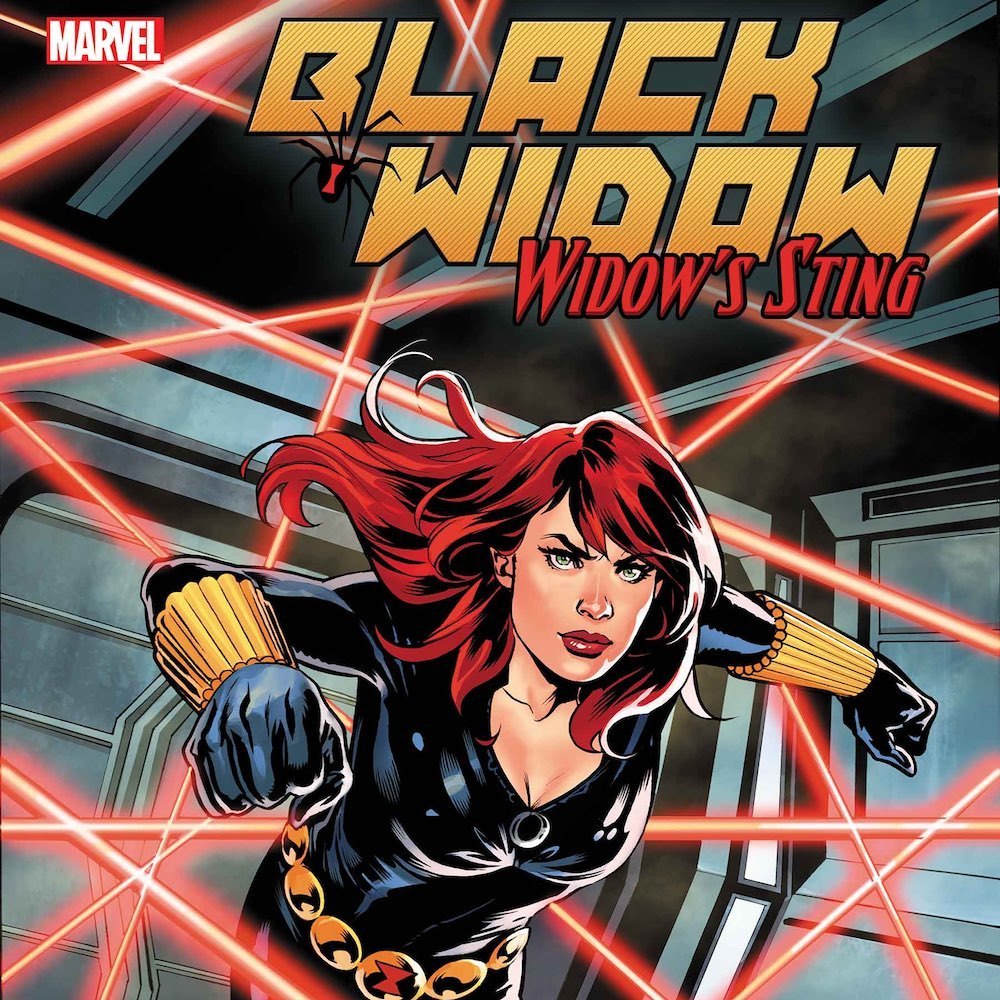 The promotional blurb for this title is very exciting. From the Marvel Comics’ website:

Something’s stirring in the criminal underworld. Maggia boss SILVERMANE is making his move. S.H.I.E.L.D. has sent an agent in to investigate, but they’ve disappeared. It’s time to call in the heavy hitters. It’s time to call in the BLACK WIDOW. And the plan NATASHA ROMANOFF will uncover is far deadlier than any of them realized. Don’t miss this all–new tale from the dangerous, deep–cover days of the Black Widow!

The last time we reviewed a Black Widow title was back in 2016 – https://www.worldcomicbookreview.com/2016/03/09/the-old-game/ and we were not especially complimentary. This 2020 first issue is even worse. It is clearly designed to capitalise upon the hype surrounding the imminent released of the new motion picture Black Widow, starring Scarlett Johansson.

The lead character, Black Widow, is an agent of super-spy organisation called S.H.I.E.L.D.. She infiltrates a dinner party being run by a mafia organisation called the Maggia. She does this in a decidedly noisy way – taking out a bunch of heavily armed goons with gas and punching, who each did not manage to get a message out via their headsets and no one seemed to have noticed that they were missing. Another S.H.I.E.L.D. operative has somehow also broken into the mansion’s compound – not to drop off ammunition, explosives, or something more useful, but instead a cheongsam dress. (There is something vaguely reminiscent here of the 1994 movie True Lies, where Arnold Schwarzenegger’s character similarly makes his way into a ball run by bad guys. The writers in that motion picture do it with more humour and style.)

Black Widow pretends to be a representative from a crime family in Louisiana. Silvermane, the Maggia’s crime boss, is suspicious but rather than detain her, she is improbably allowed nonetheless to participate in a secret meeting of the visiting crime bosses.

At the meeting Silvermane declares himself the boss of the Maggia and demands that 50% of all earnings be paid to him. Silvermane has stolen a mystic device called the Wand of Watoomb from a museum. Watoomb is a villain who fights the mage Dr Strange. Why such a powerful object was kept in a museum, able to be purloined by a few guards, and not in the secured house of Dr Strange, is not clear.

Having intimidated his colleagues into obeying him, Silvermane gives the device to his hulking bodyguard Marko to put away. Black Widow follows Marko to a secret lair, dodging traps – a pit with spikes, a giant black cylinder suspended above the corridor which comes crashing down – the noise does not alert anyone – and a field of deadly lasers. If sharks with frickin’ laser beams had appeared, we would not have been too surprised.

The obligatory fight with Marko follows. Silvermane suddenly appears. Magic as a plot device is not enough for writer Ralph Macchio – he also introduces a cybernetic suit! Mr Macchio felt the need to jumble both an interdimensional magic wand and a hitech exoskeleton. Perhaps one would have been enough?

Black Widow is saved by a missing S.H.I.E.L.D. agent who has been outed, captured, tortured, and kept nearby by Silvermane. Why the agent did not try to escape but instead was compliant enough to wear a dress and a silver mask to keep her tortured features hidden is not clear. Never mind, says Black Widow at the conclusion, we’ll sort you out with plastic surgery.

It is a terrible story. Artist Simone Buonfantino must have strained her shoulder trying to carry it. It is filled with cliche, misogyny (it is a female agent who is kept as a pet, tortured, her face scarred and helpless – can anyone image Mr Macchio would have given such a fate to a male agent?), stilted dialogue, and a complete absence of characterisation. The only sting in Black Widow: Widow’s Sting #1 is that pain you will feel in your hip pocket upon realising you might have spent your money on something more satisfying: new shoe laces, or some stationery, or perhaps alfalfa.