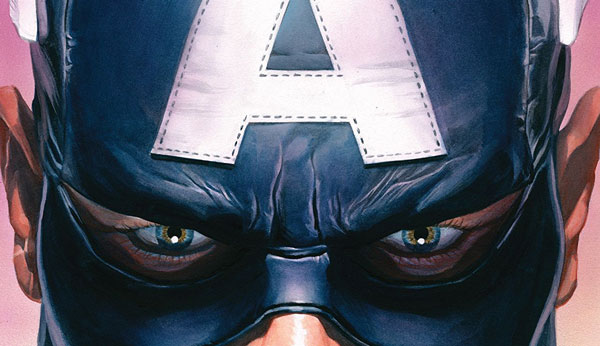 When it was first announced early in 2018 that Mr. Ta-Nehisi Coates would be the new writer on Captain America, several online forums and platforms were set ablaze with voices of protest from comic fans who felt that an SJW (Social Justice Warrior) agenda had become the order of the day. Some even suggested it was a mistake to allow a “racist” to chart the course of this particular title.

For the uninitiated, Mr. Coates is an African-American author, journalist, essayist and public speaker known for engaging cultural, social and political issues often in regard to race relations in America. Prior to the Captain America assignment, Coates has been writing Black Panther since the summer of 2016, and he continues to do so as of this post. When this reviewer heard the news, I was definitely curious to see how Coates’ presence would affect the tone and flavor of Captain America.

Although the specific focus of this review is Captain America #8, the latest issue to date, it will be necessary to mention plot elements introduced in the first seven issues of Coates’ run as they all carry over into the current issue. Also, of significant note is the fact that Mr. Coates’ run comes on the heels of Marvel’s Secret Empire, a 10-issue crossover event from 2017 spearheaded by current Amazing Spider-Man writer Nick Spencer. The basis of this maxi-series was the revelation that Captain America, due to some tampering from a Cosmic Cube, was shown to be a secret agent of Hydra, a terrorist organization first appearing in Marvel Comics back in the mid-1960s. The aftermath of that debacle has left the hero in a place where he does not fully trust the government, and the American people no longer fully trust him.

The first arc of the current run, called Winter in America, comprises the first six issues and shows a Captain America determined to fight and defend his nation even while questioning whether the policies he’s chosen to defend are worth defending. He fears that there are untrustworthy people embedded within the government he’s chosen to fight for. Mr. Coates’ second arc, called Captain of Nothing, begins with issue #7, and shows Captain America being set up and framed for murder.

Issue #8 is clearly a transitory issue where plot lines are moved along and ducks are lined up in rows for later. Much of the narrative is focused around the mysterious plans of an emerging criminal outfit calling itself The Power Elite. Very little has been revealed about this group thus far. Most of the group’s major figureheads have appeared over the course of Mr. Coates’ run, but the reader has yet to see all of them assembled under one roof. This issue begins with Alexa Lukin, major player in the secretive cabal that is the Power Elite, as she meets with the Supreme Hydra doppelganger of Steve Rogers—the one created by the Cosmic Cube during the aforementioned Secret Empire crossover, the one who conquered humanity while the genuine Steve Rogers/Captain America took all the blame. Lukin and the faux Steve Rogers cryptically reference a scheme they seem to be hatching. Later, Baron Von Strucker, one of Captain America’s oldest enemies (first appearing in the mid 1960s, but was retconned into Captain America’s World War-II past) is running the super-villain lockup facility where Steve Rogers is now imprisoned, having been framed for the murder of General Thunderbolt Ross (long-time supporting character in the pages of The Incredible Hulk since appearing in The Hulk’s very first issue).

Von Strucker later embarks on a campaign of fear and intimidation as he uses a new version of his patented Satan Claw to beat one of the inmates into submission. (The inmate is an out-of-costume Wrecker, longtime villain of the Mighty Thor). Von Strucker video-broadcasts this brutal act throughout the prison to show all the inmates how badass he is, for a monocle-wearing old bald guy.

Agent Sharon Carter, long-time romantic partner of Captain America, meets with the Kingpin—an old-school criminal mob leader and frequent villain to Spider-Man and Daredevil—who is now Mayor of New York. Kingpin is also one of the figureheads in the aforementioned Power Elite. Sharon is able to procure something from him that looks like a flash drive, though readers are not let in on what it contains. Presumably it’s something that will help Cap/Steve Rogers out of prison. In the meantime, it looks like Alexa Lukin has set up the Hydra-Steve to be the next victim of Selene, vampiric sorceress who drains the life force of others—usually men—to live. Selene is a long-time villain of the X-Men, and she is also one of the Power Elite figureheads.

Issue #8 ends by revealing that Sharon Carter has reached out to some lady friends for help: Misty Knight, Colleen Wing, Mockingbird, and the White Tiger among them. We are also told that the actual suspected murderer of Thunderbolt Ross is The Foreigner, a third-tier Spider-Man villain from the late 80s.

As mentioned earlier, this particular issue is more of a transitory plot-mover with reveals that aren’t earth-shaking. But Coates’ run as a whole, thus far, is a decent read that doesn’t go against anything that long-time readers know of Cap’s history. Black Panther and Winter Soldier/Bucky appear in a couple of Coates’ earlier issues. Most of these superhero guest appearances, with the exception of the Black Panther, are regulated to cameos ranging from one panel to two and a half pages long, so a casual reader would not get a strong sense of who they are. Featured villains (aside from the Power Elite figureheads) have included a version of the Nuke soldiers (Frank Simpson having been the original from a mid-80s Daredevil issue) and the Taskmaster (my personal highlight of Mr. Coates’ run thus far).

Ta-Nehisi Coates is not a comic book writer; he does not come from a comic book background (at least not as a writer). Having said that, this reviewer believes that Mr. Coates has proven to be a capable writer familiar enough with the Marvel Universe to have allayed the fears expressed by readers who worried whether or not he’d be a good fit. His storytelling demonstrates a clear understanding of cause-and-effect as it fits into Captain America’s world. The ominous titles alone convey a sense of dread while the climate of political intrigue and mistrust presented in these pages carries an almost real-world plausibility. Chunks of each issue are narrated in the title character’s voice. Captain America has often been portrayed as an introspective character, and under Mr. Coates’ direction, he still is. And going beyond introspection, Captain America’s thoughts express worry and concern for the state of his nation, the state of his government, the state of what he values as The American Dream. He wonders if those concepts still hold any meaning with the people, with the government. And his worries mirror the concerns of many Americans in today’s climate. Captain America’s internal narration may be the strongest aspect of Mr. Coates’ writing.

This issue hits on several plot points while postponing any resolutions. Political and clandestine intrigue continues to build as readers wonder about the full scope of the Power Elite’s plans. In and of itself, the single issue is just a small part of a larger arc. This reviewer would rate the issue a 5 out of 10. However, I would rate Coates’ entire run thus far (1-8) a 7 out of 10, mainly because I’m reading the exploits of a Captain America this reviewer knows and recognizes, and I’m seeing him take action in a world and a climate that I recognize. I certainly look forward to following this story through.