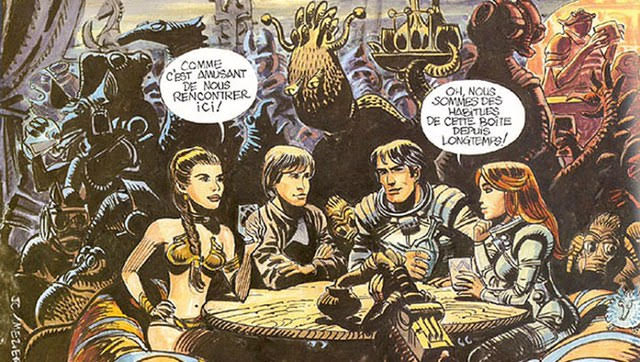 French director Luc Besson is soon to release a motion picture called “Valerian and the City of a Thousand Planets“, starring actors Cara Delevingne and Dane DeHaan. The source material for the film is a very famous French comic book series, “Valérian and Laureline” which has been long-alleged to have had a controversial influence upon a global popular culture icon: “Star Wars”.

Mr Mézières is reported to have sent letters of complaint to the production company, Lucasfilms, which made the original “Star Wars” films. Eventually, he and writer Pierre Christin enacted a form of creative revenge using “Star Wars” characters Luke Skywalker and Princess Leia, sitting in a place which could be the Mos Eisley Cantina from the original “Star Wars” motion picture – see the image above. Translated, this reads,

Leia: “Funny to see you here!”

Laureline: “Oh, we’ve been coming to this club for a long time!”

A analysis of the similarities with side-by-side comparisons of images can be found at this website. The apparent explanation for the similarities is that many of the designers in the “Star Wars” movies were French, and were collectors of “Valérian and Laureline”.

The main characters are essentially time police, entrusted with stopping rogue time travelers from taking actions that result in paradoxes. Given the palette for the stories, published over a forty-three year period, involved any aspect of time and space, “Valérian and Laureline” has many similarities to the BBC’s long running television production, “Dr Who”. In the first collection, “The City of Shifting Waters”, the characters are sent to New York in 1986 to deal with the evil time-travelling Xombul, only to find that history has been changed – the world is in ruins and New York is about to be swallowed by the ocean. The two protagonists must unravel the paradox and save the future. 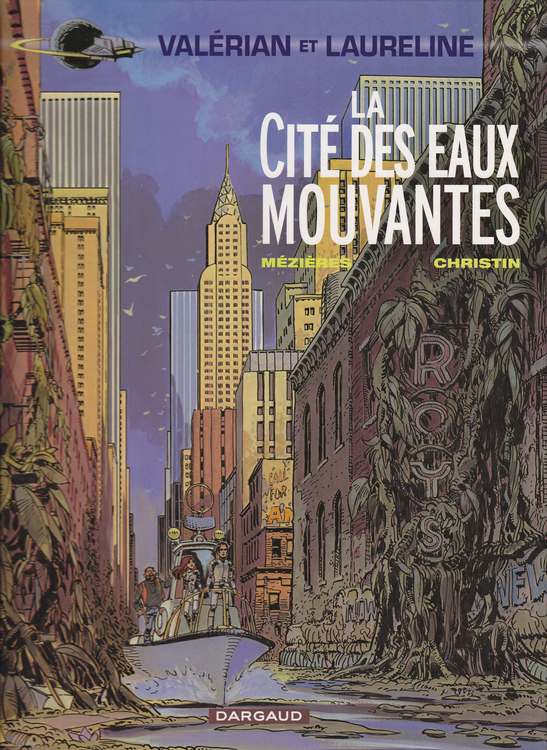 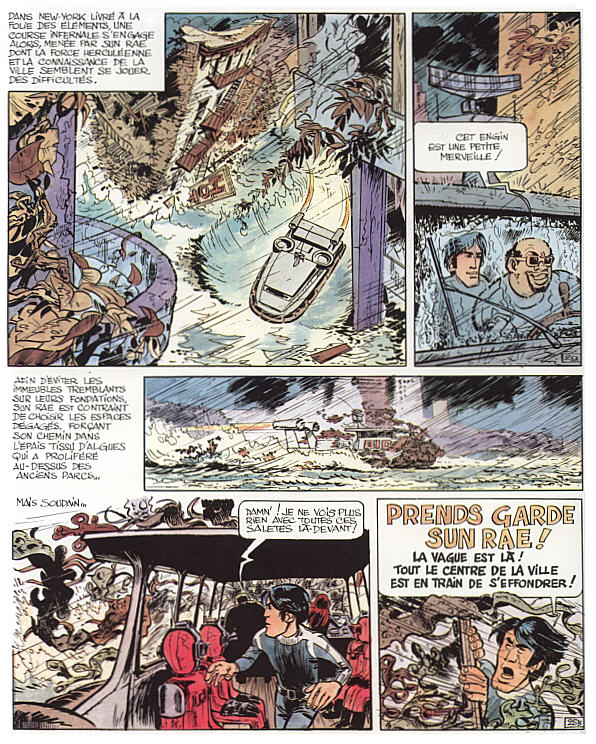 This first volume is perhaps the least sophisticated of all of the stories: the quality of “Valérian and Laureline” improves markedly over time.

While the male character, Valérian, is a “spatio-temporal agent” from an Earth-based empire called Galaxity, from the year 2770, Laureline is a peasant girl from medieval France. 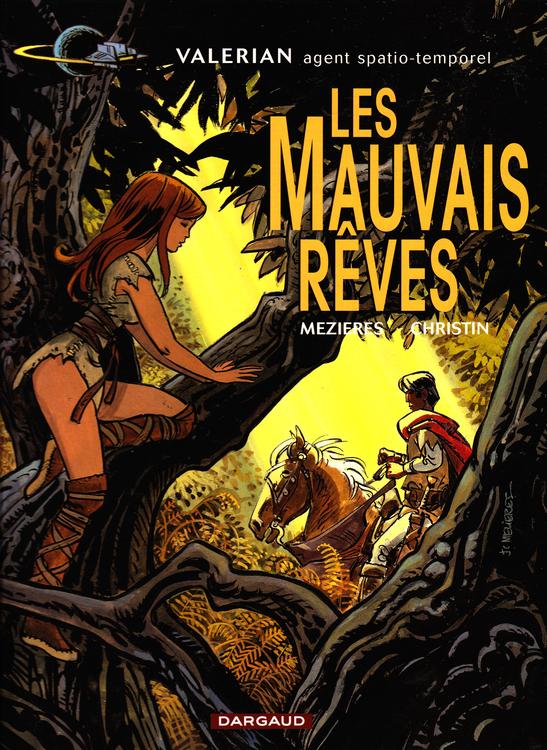 But unlike “Dr Who”, where companions to the central character, known as the Doctor, are repeatedly replaced, Laureline over time became the more assertive, smarter character, while Valérian became characterised as a rule-follower.

By way of example, in the 1983 story “Equinox of the Heroes”, in an exercise in finding the best person to help renew the sterile population of the planet Simlane, Valérian finds himself pitted in an arena contest against four powerful alien champions. These are Irmgaal, from Krahan, “Planet of the Great Black Warriors,” who wields “Zarkam,” an invincible sword. Irmgaal displays his might by destroying a giant rock. Ortzog from “industrious Bourgnouf,” destroys a huge column. Blimflim, a helmeted wizard from “iridescent Malamum,” controls plants to destroy yet another column. Valérian, clearly out of his league, uses his laser to zap a smallish stone decoration. It is an exercise in satire. 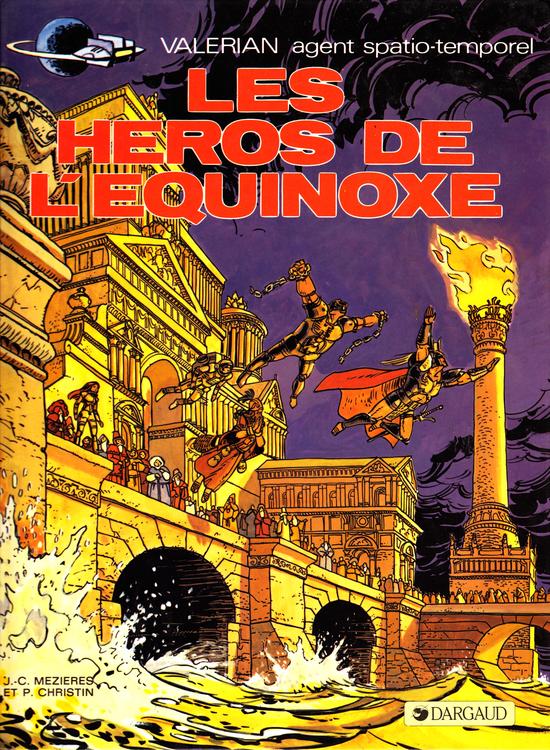 Then, in each of the contests, Valérian repeatedly gets the easy run, and is eventually proclaimed the winner, to the horror of the champions who flounce off. It evolves that the judge of the contests is a goddess, the Supreme Mother of Simlane. Duty-bound, Valérian seems destined to be a prized bull, facing the rewards of immortality and ever-lasting sex with a beautiful goddess. The tasks of identifying the trap and saving Valérian is left to the more astute Laureline.

These are classic comic books which amongst Anglophone readers have been more or less unknown. English-translated versions of the comics are available on comic book website Comixology. We expect the popularity of the comics to escalate upon release of the motion picture.