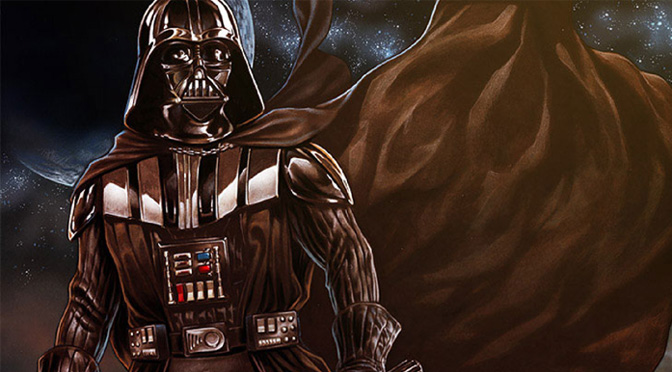 With “Star Wars: The Force Awakens” premiere, it is not surprising that tie-ins are sprouting like mushrooms on just about any medium available to its license holder. And while Star Wars comic books were being churned out regularly these past few years, the six-issue mini-series “Vader Down” is notable for a couple of reasons.

First is that the story is set after the events of “Star Wars: A New Hope” (the first movie) and before “The Empire Strikes Back” (the second movie), which means “Vader Down” does not have much leeway with regard to the direction of the story. The timeskip between the two movies should provide ample room for a new story in terms of chronology, but the existence of both movies restricts what “Vader Down” could do in terms of character progression and continuity.

Second is that the comic retains the feel of the movies. The first issue is a setup for a much larger story. The world being built within the pages feel like it belongs in the same universe as those in the films, something other Star Wars comic books have failed to achieve.

The story starts with Darth Vader in a TIE Fighter. A new character named Dr Aphra is working as an ally-cum-informant for Darth Vader. Acting on Aphra’s report that Luke Skywalker is on his way to train in a former Jedi Temple in the planet Vrogas Vas, Vader resolves to personally meet his son and turn him to the Dark Side of the Force, a plan that Vader decided on after finding out that it was Luke Skywalker who single-handedly destroyed the Death Star (as seen in the first movie).

The action starts early, with Vader and his fighter getting into a skirmish with a bunch of rebel pilots. Vader makes quick work of a squadron of rebel pilots. But he did not expect Luke Skywalker himself to appear in the battle, and – in an unexpected move – crash his ship into Vader’s TIE Fighter in a failed effort to take out Vader. Both characters assumed that the other one will survive, and, of course, they did.

This is where the first issue leaves the reader: Darth Vader, stranded on Vrogas Vas, hunting down Luke Skywalker, and Luke Skywalker suspending his training so as to personally confront Vader.

Peripheral to this is the Millenium Falcon crew and all the forces that the Rebel faction can muster making their way to Vader, with the intention of throwing everything they have at the Sith Lord until he falls.

“Vader Down” is not a story of the mysticism of Force or the arcane ways of the Jedi order, and it is not a story of good vs. evil. It’s a story about one of the main characters in the movie, stranded in unfamiliar territory and about to face the combined might of his nemesis and an entire army.

The existence of the “Empire Strikes Back” should take away the charm of “Vader Down”. You already know that Vader and everyone who is not cannon fodder will survive the miniseries relatively unscathed, but, curiously, it is that same restriction that gives the story an element of uncertainty.

The writer, Mr Aaron, has spent time on the action sequences, and his efforts are praise-worthy. This is, quite simply, a comic book, action-filled adaptation of the Star Wars universe. You won’t find any mumbo-jumbo about lightsaber forms, ancient martial arts, or Force techniques – it’s just Vader with a lightsaber, using the Force to throw boulders at oncoming ships. The reader deep into the Jedi mythos will see this as a disappointment, but Mr Aaron has written something that’s very accessible for the casual reader, operating as an action-packed story without dealing with volumes of backstory and lore.

A lot of things could still happen with five more issues to go, but Vader Down is something to watch out for if the quality of the first issue is an indication of what is to come.