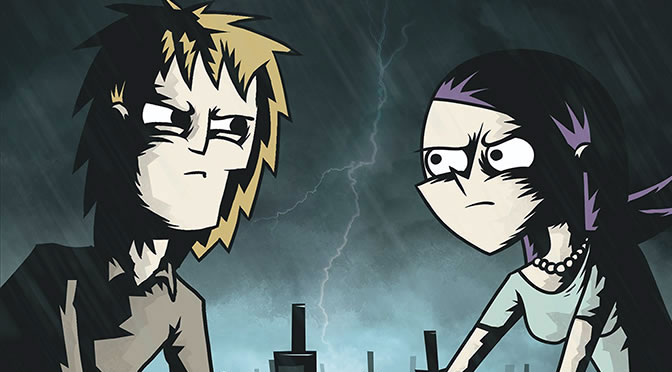 Los Angeles-based comedian, writer, actor, and musical polymath Tim Minchin has been very prominent this year, particularly in the press in Mr Minchin’s home country of Australia. Mr Minchin has recently released a very acerbic song. The song sharply and angrily attacks the former Roman Catholic Archbishop of Australia, Cardinal George Pell. Cardinal Pell had refused to fly from Rome to Australia to give evidence to an independent government inquiry (called a Royal Commission). The evidence related to his knowledge of the systemic sexual abuse of children by Catholic priests in a rural Australian town while Cardinal Pell was in a position of responsibility over that town’s clergy. Proceeds of sales of the song were donated by Mr Minchin to the survivors of sexual abuse by priests, as a financial contribution to their airfares to Rome so that they could watch Cardinal Pell’s testimony from the same room as the cameras. This act of charity, together with the Australian penchant for both secularism and abrasive sarcasm, made the song a commercial success, and it reached the number one ranking on the Australian iTunes chart. The song concludes with lyrics whereby Mr Minchin invites Cardinal Pell to sue him.

Mr Minchin has had very considerable success otherwise as an entertainer (perhaps best known in other parts of the world for his role in the adult-themed comedy drama “Californication”). This success includes his comic book, entitled “Storm”. In the foreword, English writer Neil Gaiman describes the story as a type of “beat poetry”. Mr Gaiman is having some fun with Mr Minchin in saying this, in essentially describing Mr Minchin (who has red hair in dreadlocks and a penchant for eyeliner) as a 1960s beret-wearing disestablishment layabout. Mr Minchin’s theatrical appearance should never be confused with a lack of rationality.

The story is instead very autobiographical and very funny. Mr Minchin is at a dinner party, one he is looking forward as his hosts are both gracious and amusing. Mr Minchin’s wife joins him. But so does another guest, one who Mr Minchin does not know and rapidly does not like. The guest’s name is Storm. Storm is a vegan, a naturopath skeptical of pharmaceuticals and other modern medicine, a Sagittarian, and is counter-pretentious to the point of nails-on-a-blackboard irritation.

As Mr Minchin grows grumpier and grumpier at Storm’s natterings, Mr Minchin’s wife pleads with him with her eyes, “Be nice”, a neat counter-patter to the flow of internal dialogue, and one that sketches Mr Minchin’s personality as confrontational and intolerant of stupidity. Mr Minchin describes his patience over dinner as akin to a dyke, slowly crumbling. There are one or two polite, gently mocking, but insightful comments directed to Storm by Mr Minchin – alternative medicine which is proven to work is called “medicine”: asprin is produced from the bark of a willow tree. But Storm persists.

And so finally, the dyke of patience collapses, in the most superb, crushing, and offensive manner. Mr Minchin promises to carve “fancy that” into his penis, if Storm can prove that water has memory: Storm is described as peppering Mr Minchin was cliches as if she is using testicles as ammunition: Mr Minchin describes psychics who claim to talk to the dead and thereby take advantage of parents who have lost children as “fucked in the head”. Interspersed amidst the venom is a precise summation of the nature of science. Science challenges itself and wants to be challenged, in contrast to faith-based and irrational pseudoscience. And having decided that he has already ruined the dinner party through his rant, Mr Minchin says that he decides he may as well really let Storm have it.

But, at that point, he actually instead elevates the monologue, and embarks on a wonderous celebration of the science underpinning the universe. The message of the story prompted many science celebrities and other famous people to write applauding reviews which are quoted on the back cover – Professor Brian Cox, Adam Savage of “Mythbuster” fame, and British broadcaster Jonathan Ross are all glowing in their assessment of the illustrated rant / impassioned ode to rationality captured in this comic.

There are two foundations to the success of communication of the message:

a. the sheer contempt for Storm and her views, underscored by the use of foul language. This is no polite duel with the rational side refusing to drop to the level of the obscene. Mr Minchin has no qualms, other than the apprehension of offending his hosts, in pouring both scorn and bile upon his opponent. In that regard, the obscenity is a highly amusing; and

b. the social conventions of a dinner party. Guests should not want to disturb the equilibrium created by a host. The hosts in this story are described as eminently likeable and interesting people who want to share the largesse of their humour and food. Mr Minchin’s struggle to control himself and stay within the convention of the dinner party, to not pick a fight with the other guest, is perhaps the funniest element of the story.

This comic was published in 2014, and was in turn based upon one of Mr Minchin’s live performances. Our review endeavours to critique new releases, for the most part, and avoid the temptation of self-indulgence of reviewing old material in the comics genre. But we look back to this publication and with its spirit we sincerely hope that Mr Minchin decides to capture his recent lamentation of Cardinal Pell, too, in a comic.

Why the Portrayal of Australians in Superhero Comics is So Cliched

The Five #1: The Birth of 21st Century Archetypes