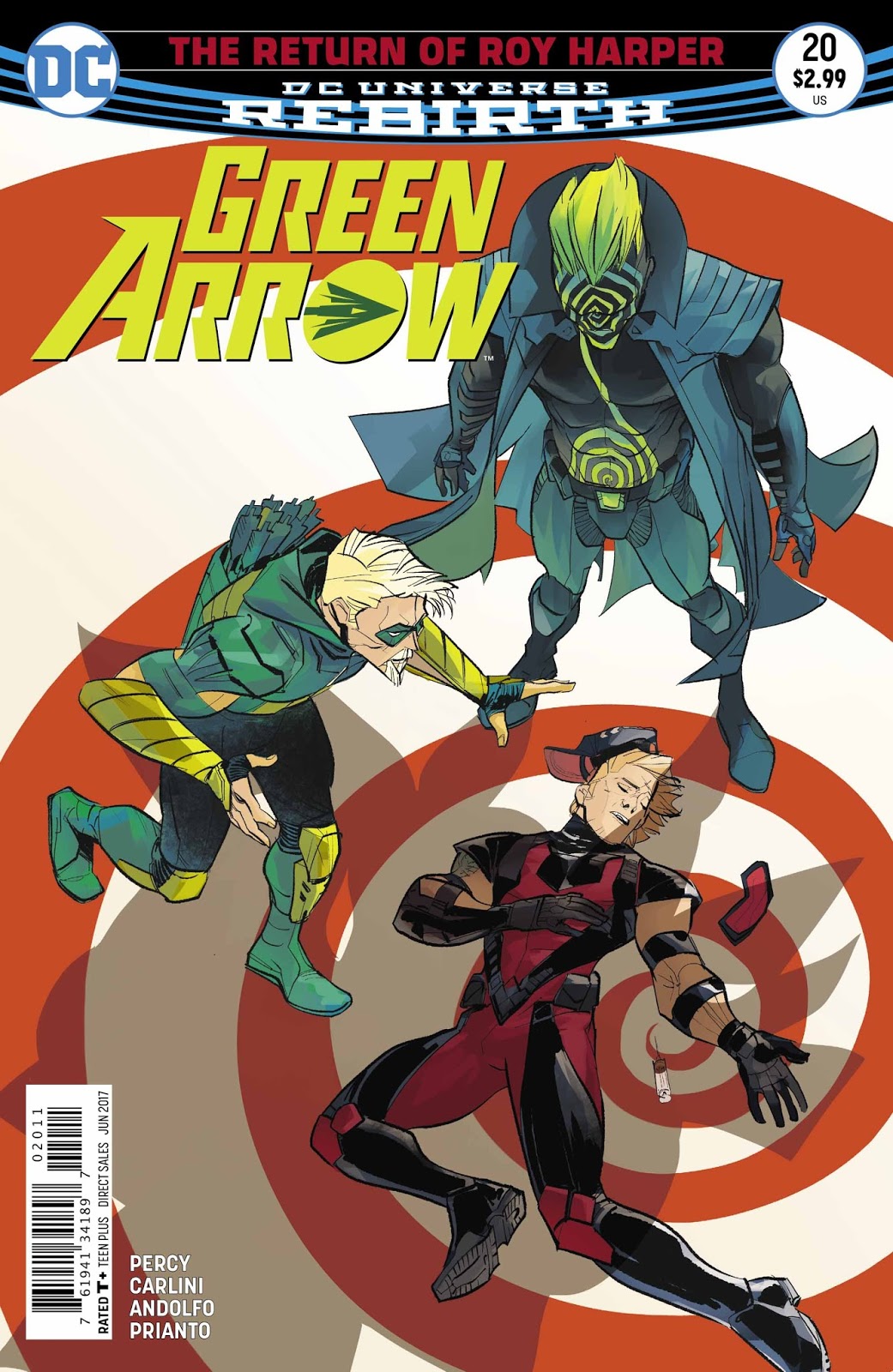 This cover and the panel from Green Lantern #85 depict one of the most controversial moments in American publisher DC Comics’ history. Here, in a story written by Denny O’Neil, the teen sidekick of superhero Green Arrow is revealed as a heroin user. The story, published in 1971, was very stark. Left to his own devices and bereft of parental guidance, the character, Roy Harper (unfortunately also known as “Speedy”) turns to heroin. In many respects, it is a commentary on the poor parenting skills of the character’s surrogate father, Green Arrow.

In this issue, it becomes apparent that with DC Comics’ latest continuity adjustment, called “Rebirth”, that Green Arrow and Roy Harper (now called “Arsenal”) have an estranged relationship dating back to the characters’ beginnings. Roy Harper as a mid-teen uses drugs, and Green Arrow accordingly turned his back on him. Rolling the clock forward, the two are reunited to fight a paramilitary organisation called the Wild Dogs, with the assistance of another superhero named Black Canary. The confrontation takes place on a Native American reservation and relates to the construction of an oil pipeline, in a thinly veiled reference to the ongoing controversy around the Standing Rock unrest. Roy Harper’s origin has been tweaked so as to portray the character as trained in archery by Native Americans, rather than Green Arrow. It is a very benign and uncontroversial change.

In a flashback to the initial interactions between Roy Harper and Green Arrow, the two are confronted by the villainous Count Vertigo. This character has also been remade, as an adversary inclined to play psychological games. Gone is the somewhat snooty and aristocratic former persona of Count Vertigo – a shame, given this new version does not seem very different from any other terrorising evildoer in DC Comics’ character portfolio.

The entire story is a routine dance of the characters in their battle against oppression, with the contemporary framework of Standing Rock. It is very far removed from the confronting storytelling of 1971.