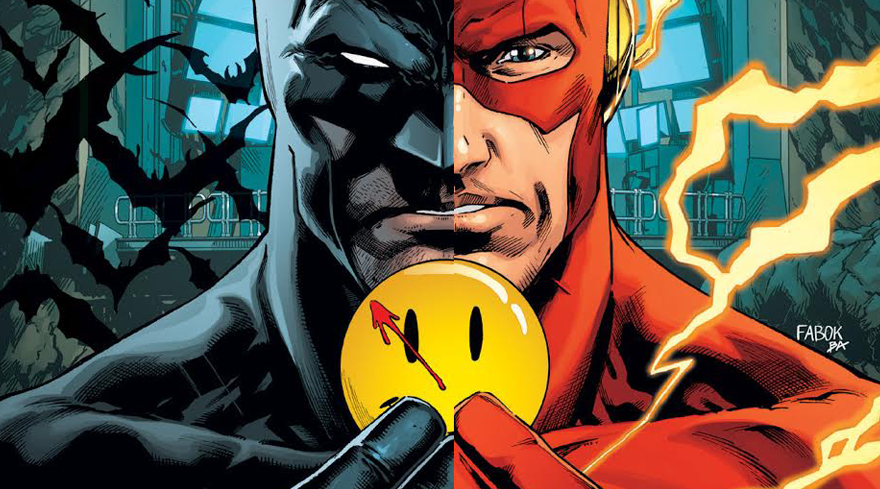 Recognised in 2016 by the BBC as one of the pivotal steps in the evolution comic books , Alan Moore’s “Watchmen” contains repeated references to a stylised smiley face. This is the emblem of the amoral character The Comedian, who evolves into an assassin and high profile trouble-shooter for the Nixon administration.

But DC Comics cannot use this symbol on its covers outside the United States. This is because The Smiley Company SPRL owns the “smiley face” in any number of countries. Trade mark registrations provide statutory monopoly rights in a brand.

Here are some extracts from various trade mark registries:

The Smiley Company SPRL is very willing to license its brand. Its website says: “The Smiley Company is today one of the TOP100 licensing Companies in the world, with over 260 licensees globally generating annual turnover at retail in excess of $265 million and selling more than 23 million products year round. The Smiley trademark is registered in over 100 countries and in more than 13 product categories and according to a recent Toluna survey has 97% recognition across the world as a symbol of positivity.”

The Smiley Company invites interested parties to submit a business plan in order to become a partner – a link that DC Comics’ corporate lawyers must have clicked on at least once. While the Smiley Company does not state what its license fee is, the licensing proposal does say, “2% minimum required of wholesale or 1% retail as part of CMB”. In other words, a licensee, such as DC Comics, would have to spend at least 2% of its revenue generated out of use of the smiley face trade mark on marketing and promotion… of the smiley face trade mark. That could very easily be a significant sum.

As a consequence of this, DC Comics has needed to issue two covers for any comic book publication which features the Comedian’s badge: one for inside the United States, where the Smiley Company does not have trade mark rights, and one for export use. Below is an example, from the collected “Watchmen”:

For the recently issued Batman #21, there are, similarly, two covers:

There is a compelling argument that the symbol is a generic representation of happiness, and should not be the subject of a statutory monopoly right.

But that argument would amount to an expensive legal battle in multiple jurisdictions and which would be fiercely fought by The Smiley Company, and one for which DC Comics are unlikely to have an appetite.