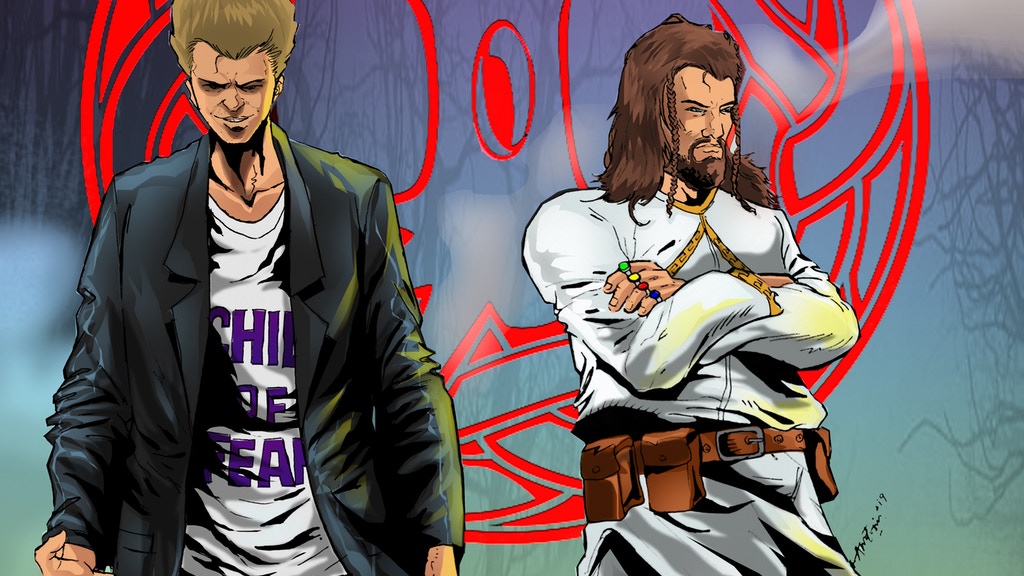 In August 2016, we wrote about Warren Ellis’ use of the concept of the “cunning man” in his title Injection. Cunning folk, as described in this dissertation published by the University of Warwick, performed good deeds upon request, using spells and invoking the assistance of fairies. One example of such a spell is for a toothache: the gum of the tooth should be pierced with an iron nail, and then the nail hammered into an oak. The Reformation and witches’ trials means that cunning folk took on other roles within their communities, and with those came assistance in accordance with their social status: a farmer, as the dissertation notes, was unlikely to call upon the services of a cunning man who had a lower class status.

Clever folk within American comic books are rare, probably because of the absence of striking indicia of power in a highly visual medium. Quiet and discreet spells generally make for boring comics. But within the American comic book scene, the most popular – indeed, iconic – incarnation of a cunning man is DC Comics’ John Constantine. Constantine, an English rogue with a penchant for trench coats and cigarettes, has very recently been bestowed by DC Comics’ editorial team with overt magical powers. But historically Constantine got by with wit, knowledge, and audacity. (A recent appearance in Batman: Damned indicates that at least within that title the old Constantine has returned.) Constantine’s survival against the odds, outthinking demons and showering broad contempt upon everyone else, was the subject of Hellblazer, a series which ran from 1993 to 2013.

And thus to White Druid and Michael Nero, from independent publisher Omen Comics.The White Druid, an ageless sorcerer named Lugh O’Sindhe, may get the headline, but it is his ostensible apprentice Michael Nero who steals the show.

Nero is clearly a clever man. Nero is, like Constantine, obnoxious, but worse, is bourgeois: Constantine’s lack of manners are at least forgivable because he is a working class mage. Nero in contrast consults to corporations. This sets him apart from Constantine. Constantine was systemically useless in his own affairs. Nero, an American, instead knows where the money is and has his nose in the trough. If transplanted into a pre-Reformation Britain, Nero would have served the aristocracy, whereas Constantine might have consulted to fishmongers.

Nero’s first act as described in this issue is to summon a particularly mediocre demon named Cacophanus of the Seventh Veil from the body of a corporate director and send it back to hell. As a clever man, there are no fireworks and glomming mists: Nero uses rules and knowledge to win. Nero’s second act is to consult to Vanessa Vaneman, a senior Vice President of public relations, on the suspiciously mystical death of a founder of a large corporation called Llanowar Industries. To assist him, anticipating trouble in the assignment, Nero summons the ghost of a notorious gunslinger who had a drinking problem: it requires an incantation and a bottle of whiskey. This chapter within the first issue is, frankly, really well executed.

The strength of the title lies in its characterisation of Nero, and in Nero’s sharp wit. Nero explains one of his deductions: “My third sight confirmed the boringly obvious. You were hunched over in an unnatural position. I checked your hospital records and you had no spinal condition as of last Monday. Your shoes has scorch marks on the underside, a mark of the seventh veil, ergo, demon.”

Nero is snotty and smug. You want to punch him.

But while Nero is unapologetically rude about his savant insights, the White Druid notes, “I once saved Michael from himself.” Clearly there are more stories of O’Sidhe and Nero to be told by writers Michael Nunneley and Steve Sellers, and we look forward to reading them.

This title is available by way of Kickstarter.