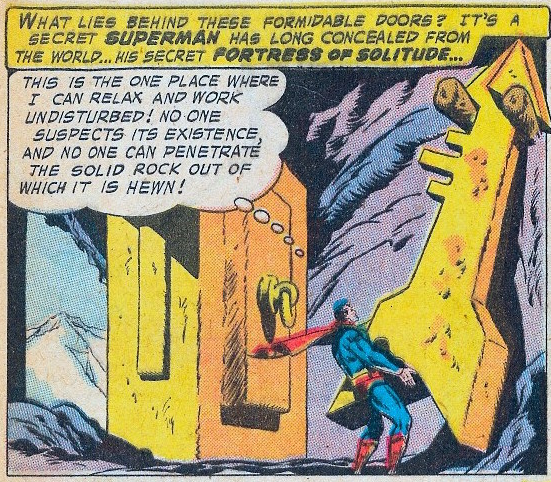 The Fortress of Solitude was a concept introduced into the continuity of Superman, the globally recognised superhero character owned by DC Comics, in 1958. The Fortress of Solitude is usually depicted as located in the “polar wastes” of the Arctic. The entrance to the Fortress is traditionally depicted as a giant riveted gold door featuring an keyhole of Olympian proportions. The key to the door is a huge old fashioned airplane marker arrow, which ensures exclusivity: because of the key’s weight only Superman (or his cousin Supergirl) can lift it and unlock the door. On an invited tour of the facility, the sharp-eyed might observe a globe of Superman’s destroyed homeworld, Krypton; various confiscated ray gun weapons and useful tools such as a device which opens a portal into a prison limbo called the Phantom Zone; the tragically Bottled City of Kandor; and both robot facsimiles of Superman and statues of his friends. As isolation goes, it is an impressive retreat from the daily bothers of print journalism, supervillainry, and, of course the efforts of irrepressible love interest Lois Lane to determine one’s true identity.

The Fortress suggests that there is something quite introverted about Superman’s personality. The need a place to occasionally burrow away from life are not what you would expect of a man with the powers of a god and who wears the colours of his adopted nation. Many of us at this point in history do not have much choice but to burrow away, irrespective of what we do and where we live. It has been maddening time for those who burn for adventure of just human company, a time for quiet solace for those who like their own space, and a terrifying ordeal for those who have contracted Covid-19.

American mainstream comic books tend to track very large contemporary events, such as World War Two, but tend to avoid singular events. The Suez Crisis, the US embassy hostage siege in Tehran in 1975, Boko Haram’s kidnapping of dozens of girls in Nigeria in 2012, and hundreds of other significant world events have generally been ignored. This is because the super-powered characters of the American publishers could easily resolve these issues, but, because of the fiction that these characters exist in a contemporary world, cannot. (There is one notable exception. When terrorists destroyed the World Trade Centre towers in the 9/11 attack, Marvel Comics commemorated the event with a special issue devoted to the victims and emergency personnel, exploring the publisher’s characters’ reactions to the atrocity. DC Comics did not seem to know what to do – in its continuity, why wasn’t the attack prevented by Batman? – and so more or less ignored it.)

So, what have the major US publishers done about social isolation and the coronavirus epidemic? The answer is that they have bigger existential issues to consider. As reported by The Guardian, https://www.theguardian.com/books/2020/apr/20/great-depression-will-comic-books-survive-coronavirus-marvel-cuts :

Steve Geppi, head of Diamond Comic Distributors, which distributes nearly every comic sold in the anglophone world (or used to), announced this on 23 March, though senior industry figures already knew what was coming. The coronavirus pandemic had sunk retailers deep into the red. They couldn’t pay their bills to Diamond or rent to their landlords, because they hadn’t made any sales. “Product distributed by Diamond and slated for an on-sale date of 1 April or later will not be shipped to retailers until further notice,” Geppi wrote.

With no new comics, DC comics, Marvel Comics, and all of the other publishers are turning to online publishing.

DC Comics published this urge to isolation on its social media feeds, referencing Dr Manhattan’s retreat to Mars, away from complicated human life, which seems to us to be symbolic of the distance between the readership and the publishers:

On a more practical level, Jim Lee at DC Comics has expressed concerned about the crushing financial effects of the pandemic-triggered shutdown upon comic book retailers. Mr Lee has been auctioning his own original art and the art of others, with the proceeds to be given to comic shop owners.

The shutdown has caused stress and heartache in different ways, and some of this ha smanifested in comic books. By way of example, this comic https://www.abc.net.au/news/2020-05-27/comic-on-coronavirus-rental-crisis-home-ownership/12268622?nw=0 by Dr Darren C Fisher, a lecturer in film and animation at Swinburne University of Technology, explores the extreme tension of being compelled out of a rental property by a landlord.

For worried kids, there are comics like this, explaining what the pandemic is about: https://www.npr.org/sections/goatsandsoda/2020/02/28/809580453/just-for-kids-a-comic-exploring-the-new-coronavirus

We send our best wishes to our readers, including and especially comic book retailers, in this time of crisis. This piece is published also by way of an apology. Since the outbreak of the pandemic, our reviews of comics have stalled. Many independent and small publishers rely upon our positive reviews to help promote their good creative output. We have a self-appointed mandate to help new or low profile creators, and it gives us pleasure to do so. We promise we will be back to form shortly. 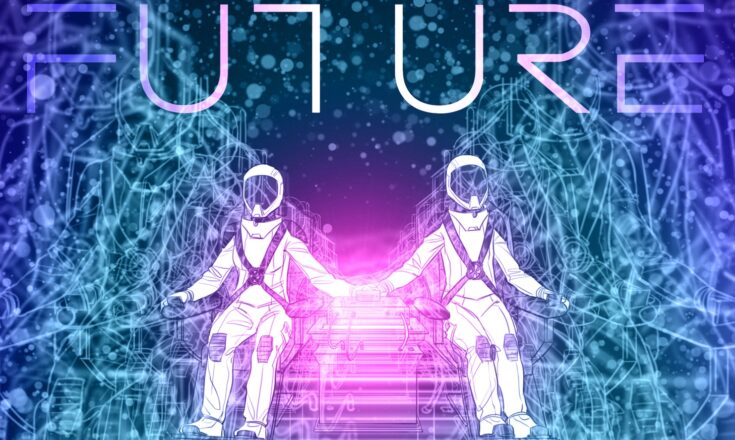 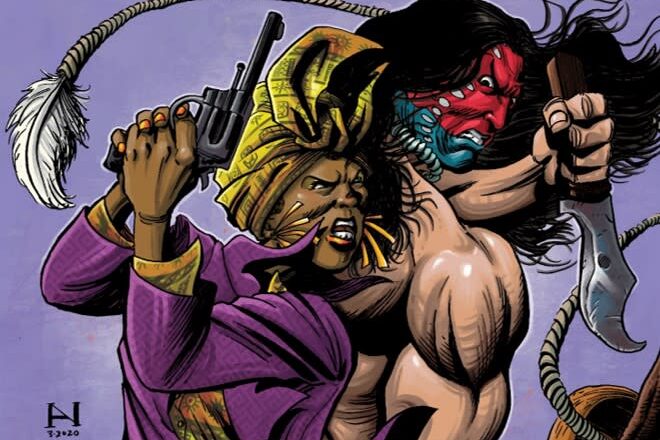