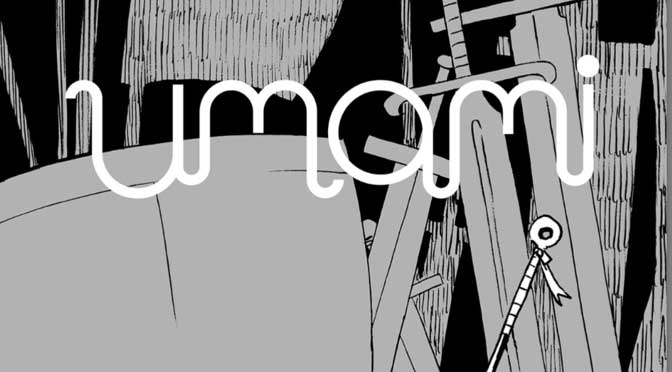 This is a very quirky story, involving a quest for salt, gourmet cooking, talking animals, and the problem of being captured and eaten by wolves.

The copy from the publisher reads as follows:

Who said cooking was only for nourishing?

Uma is a cheerful and determined girl from a remote village, who always has an amazing dish ready to solve any problem… if only she wasn’t such a disaster.

Ami is the future king’s chef, stickler and extremely proud, whose aim in the kitchen is to achieve the best taste following traditional techniques and recipes.

Despite their many disagreements, together they are an explosive team and no obstacle stands on their way. But how could anybody imagine that the destiny of the entire kingdom would depend on their culinary skills…?

There is an omission here. Uma is cheerful to the point of irritation, and it is plain very early on that she is dreadful at cooking. But her companion Ami is a cooking Prima Donna in the finest tradition of contemporary celebrity chefs. She bangs on angrily when there is talk of substitution of ingredients, such that the veins stand out in her: she reminds herself and Uma constantly about how she will cook in the king’s kitchen in the capital, brushing over the fact that she might have gained the role because of her father’s connections rather than skill: she is precious, painful, and snooty.

The two encounter each other when Uma leaves her home town on a quest for salt. But there is no salt to be found nearby, and so Uma resolves to travel the great distance to the capital to procure it. En route she meets Ami, whose cook book had been stolen by an enormous pigeon in a tower to Ami’s open air kitchen. Uma uses her terrible cooking skills to build a hardened bridge to the pigeon’s tower, and recovers the book at personal peril. (This is somehow buried in the story at this point a small reminder of the magic of cooking: that mixing things together can lead to the unexpected.)

The two are then divebombed by the pigeon and his larger friends. The pigeons’ dialogue is tremendously funny, sounding both like a pigeon’s trill but also demonstrating that the birds are not bright (“Hoo dat?” and “Hey you, we got to have words”). Ami’s gratitude is short-lived – upon embarking for the capital to take up her role, she furiously insists that she and Uma are not traveling together.

In the second issue, the two are trapped by two argumentative white wolves, who cannot agree whether they are “The Bandits of Destruction” or “The Morbid Bandits”. One of them is dreadfully constipated. Uma and Ami offer to make them a meal in exchange for release. Ami kisses mushrooms when she has success in cave foraging for ingredients, but also discovers in a cavern the skulls of the wolves’ previous victims – they have a penchant for “hoooman stew.” How the two hapless and hopeless heroines will escape the Bandits remains to be seen, but we guess it involves toilet humour to do with the blocked-up wolf.

Umami is silly and entertaining. The characterisation is slapstick: Ami is ridiculously precious and Uma is callow and oafish. That juxtaposition works very well. Neither are suited to adventure on a treacherous road, but only the reader seems to know it. For those not into cuisine, “umami” is a taste flavour, which to Japanese describes soy sauce, to Australians describes Vegemite, and to the world over describes MSG. This title is similarly more-ish.

Umami is available on their official site.