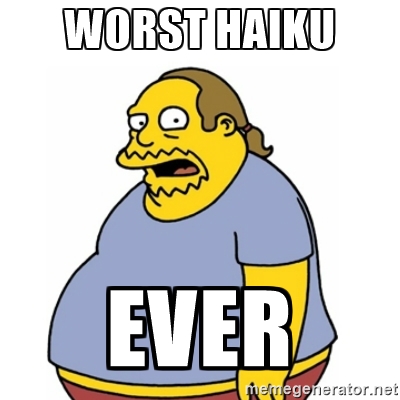 This piece, which is a review only in the loosest sense, is inspired by David Bader’s book, “One Hundred Great Books in Haiku” (Penguin Books, 2010).

As the promotional copy for Mr Bader’s book notes, “In the sixteenth century, Zen monks in Japan developed the haiku, an unrhymed poetic form consisting of 17 syllables arranged in three lines.”

Here are our arrangements for ten famous/infamous (but not necessarily great) comic books, written in the traditional 5/7/5 syllable count.

Think you can do better? The writer of the best haiku (as judged by our editor) posted on our site (post your haiku in the comments below) before 1 February 2017 will win a $100 Comixology gift voucher.

Curmudgeon in white
Ices up irritations
(Ellis is that you?)