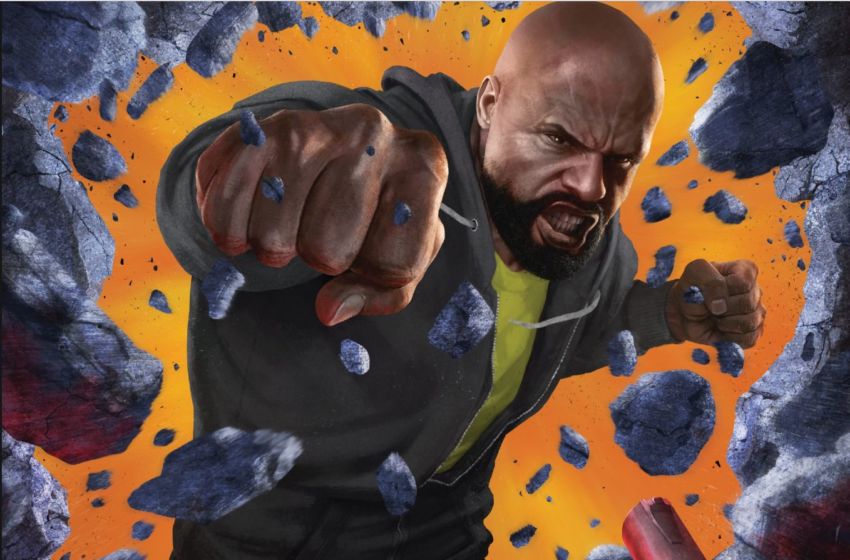 “Luke Cage” is a new comic book series from American publisher Marvel Comics that focuses on an African American superhero, an ex-convict that gained indestructible skin and enhanced strength after taking part in a secret government experiment in exchange for a commuted sentence.

The Luke Cage character gained notoriety among comic book readers during his earliest appearances in the 1970s, for being an exaggerated – to the point of being comically kitsch – representation of a black American man in the 1970s. However, unlike this original version Luke Cage which is featured in “Cage” (which we have reviewed before), the Luke Cage in this new comic book series is instead a contemporary version. This modern version of Luke Cage retains the same origins and powers, but both the 1970s-era costume and 1970s New York jive have been toned down.

The story set up in the first issue is unspectacular – the scientist responsible for Cage’s unbreakable skin has passed away, and Cage visits New Orleans to pay his last respects. Cage then gets in trouble with mysterious enhanced individuals who may or may not be subjects of the same experiment he went through. The plot is reminiscent of various stories Marvel Comics has crafted around the highly popular character Wolverine and the evil government program called Weapon X which, through horrible surgery, gave Wolverine metal claws. Dealing with mysterious assassins and a burgeoning conspiracy plot at least puts the protagonist in a setting conceptually different to the Weapon X storyline.

There is nothing to complain about the pacing and the structure of this issue. Writer David Walker is already familiar with the character he is writing (after his critically acclaimed, but eventually canceled run on Power Man and Iron Fist). The story provides a healthy mix of exposition and action, which should make it easy for new readers to jump in. Disappointingly, the issue also ends with an entirely telegraphed cliffhanger. Some finesse in this would have been very welcome.

Accordingly, “Luke Cage” #1 is an unremarkable start to a new comic book series. But this first issue is the vehicle for a functional story that could easily improve depending on where the writer takes the story. What Mr Walker and his editors have done here, thankfully, is avoid adopting Marvel Comics’ (properly) maligned marketing strategy of integrating the title into a complex intra-franchise plot event so as to boost sales across multiple titles. This new title, and its audience, has been given room to breathe.