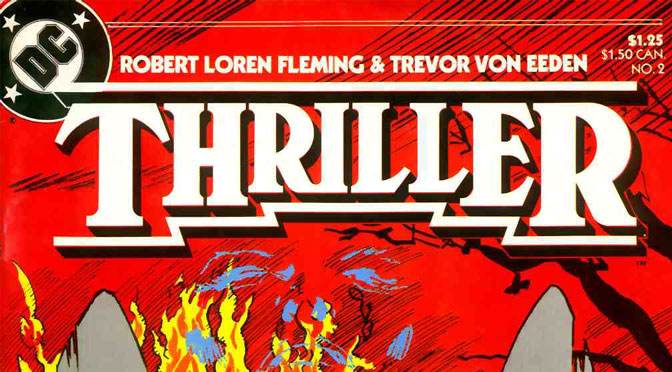 The early 1980s is an interesting time to revisit in respect of prophetic visions. Science fiction writers like William Gibson, Robert Heinlein and others predicted the internet. Gibson also anticipated the rise of the importance of biotechnology. Politics and culture were more difficult to predict – Heinlein in his novel “Friday” mapped out the Balkanisation of the United States, and Gibson in “Neuromancer” followed the flock in respect of the inevitability of nuclear war, albeit one tactically confined to a German theatre. Samuel Huntington in his book “The Clash of Civilisations and the Remaking of World Order” (1996) noted that the antipathy between Christian-based civilisations and Muslim civilisation dates back centuries and vastly overshadows the ideological fight which had occurred (and by that stage concluded) between the West and the Communist bloc. But no writer in the 1980s, peering into the future, seriously considered the perils of xenophobic Islamism as a potential flashpoint. Except one.

In 1983 a talented writer named Robert Loren Fleming had an innovative concept about an extended family of highly usual people, set in the near future. It was entitled “Thriller” (and pre-dated American pop singer Michael Jackson’s music album of the same name by a month).

“Thriller” was a terrible commercial flop but was uncannily prophetic. The plot anticipated a black American president, sprayed skin grafts for burns victims, and machines which can be controlled by the brains of the disabled. The dialogue was bumpy, the execution of the plot filled with jolts, and the action was plentiful but sometimes hard to follow. But it was indeed innovative and even highbrow – an early precursor to works which were later published in DC Comics’ imprint, Vertigo Comics.

Here is DC Comic’s promotional editorial on the comic:

From a technical perspective, with some notable exceptions in early issues, Mr Fleming did not write with captions or thought balloons. Aside from recent issues of Marvel Comics’ “The Mighty Thor”, thought balloons have almost entirely disappeared from the American comics genre. It is hard to place when this occurred, precisely, but Frank Miller concreted the boxed internal monologue as the vehicle of choice for the thoughts of characters in “The Dark Knight Returns” (1986, DC Comics). An excellent 2013 review of “Thriller” in “Comics Bulletin” notes that Frank Miller’s wife Lyn Varley (a contributor on “The Dark Knight Returns”) had previously been romantically involved with “Thriller” artist Trevor von Eeden. It is possible given that link that Mr Miller’s use of the boxed internal monologue was prompted by Mr Fleming’s techniques in “Thriller.”

In what can only be described as an entirely unprofessional act of public betrayal, Mr Fleming was sacked, replaced, and suffered at the hands of “Thriller’s” editor Alan Gold when Mr Gold wrote in the letters page of the eighth issue scathing criticism of the work that had been done by Mr Fleming on the title. Mr Gold did not understand Mr Fleming’s story, and in so far as the story was prophetic, Mr Gold seemed intent to burn the oracle. “Comics Bulletin” quotes Mr Gold (from the blog of Michael Fiffe), writing to Mr von Eeden after the event:

“Looking back on it, I don’t think I understood what you and Bob were doing, how it was different from generic comics. Again, I wish I had listened. Every issue was a fight. In fact, I didn’t get what you and Bob were doing either until after you’d both left. I couldn’t get [the new writer, Dubay] to write anything interesting. I even rewrote scripts, but that just led to ‘negotiations’ that satisfied no one. I had commented that I wanted better plots than Fleming had delivered (I believe I used Mission Impossible as an example — maybe [DC Comics’ then editor-in-chief] Dick [Giordano] put that idea in my head?), and he took that to mean dumbheaded action-and-nothing-but-action.”

But as Mr Fiffe states in his blog:

“…the series eventually scored a positive review in TCJ [The Comics Journal] #93, September ’84, written by Heidi MacDonald. Heidi deconstructs Thriller for several pages, raving about the art and storytelling. She concludes that the series “is an experiment that doesn’t quite succeed, but it’s an experiment that should be made. Rarely has a comic taken so many chances. Rarely has failure been so thorough and yet so superb.””

Setting aside its experimentalism, the remarkable vision of “Thriller”, looking back at it from 2016, was that of Islamist extremism being a focus of popular media. The villain of the first story arc, named Scabbard, is a massive man who keeps his sword in a surgically modified fold of skin above his spine, a macabre but unrealistic visual of the comic. His accomplice is improbably a beautiful (and unveiled) hypnotist.

But otherwise to a reader in 2016 the horror of the story is very real and familiar. Scabbard, a masked Middle Eastern man, uses a sword to behead a Western reporter. The execution is televised.

Worse still, the reporter who is killed encourages his brother, the camera man, to continue to film the reporter’s beating and murder in what could be described as the nadir in the desire for media-spawned fame – again, a notion strange to a reader in 1983 but easily recognised by an audience in 2016. The lust for fame through the vehicle of the mass media is what spurs many Twitter, Facebook and Instagram users.

The sword is the primary instrument of terror, and the broadcasting camera is the facilitator. It is a startling look from 1983 into the future, our present.

Mr Fleming went on to write various titles, most prominently the comedy series “Ambush Bug” with fellow American writer Keith Giffen. But Mr Fleming did not again turn to avant garde comic book writing following “Thriller”. This is a terrible shame. “Thriller”, as an important contribution to the genre of American comic books, is long-overdue rehabilitation.