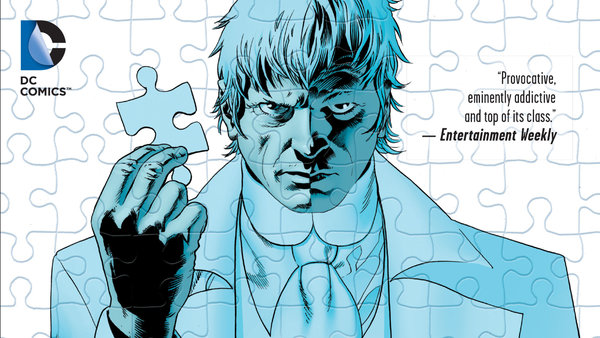 We had for some time been seeking to revisit Planetary. This is a comic book series which ran intermittently from 1999 to 2009, published by WildStorm, an imprint of American comic book publisher DC Comics.

The irony of exploring a comic book which explored other comic books was not lost on us. Featuring an overarching global conspiracy orchestrated by evil stand-ins of Marvel Comics’ Fantastic Four (in Planetary, called, simply, The Four), the comic was otherwise expressly archeological in its purposes.

The characters explored at least half a dozen genres arising out of and pertaining to the follow:

Second, the lost portal of alternative comics into the mainstream, Vertigo Comics, which published titles such as Swamp Thing, Transmetropolitan; and League of Extraordinary Gentlemen. This issue is particularly poignant to revisit, as Vertigo was recently killed off by DC Comics: see https://www.worldcomicbookreview.com/2019/11/07/a-eulogy-for-vertigo-comics/

Third, Western fiction, and in particular, The Lone Ranger.

Now that over a decade has passed, small aspects of Planetary seem quite prophetic.

First, and most obviously, in Planetary #19, a vast and ruined alien artefact passes through the solar system. In October 2017, an extrasolar body passed through the solar system – interstellar object1I/2017 U1 (‘Oumuamua).  It was very similar in shape to the “Mystery in Space” described in Planetary #19. Avi Loeb, the chairman of Harvard University ‘s astronomy department, theorises that it was an alien artefact. “”Considering an artificial origin, one possibility is that ‘Oumuamua is a lightsail, floating in interstellar space as a debris from an advanced technological equipment,” Professor Loeb wrote with his colleague Shmuel Bialy in Astrophysical Journal Letters in November 2019.

Third, we have one issue devoted to the use of psychoactives as therapy drugs. Melanctha, a trippy scientist (more of a shaman, although she specifically denies it), takes the vengeance-driven Elijah Snow on a journey of self-discovery using mild doses of a hallucinogen in Planetary #19. LSD was banned for medical use in the 1966 in the UK and 1968 in the US. But in 2011, the Multidisciplinary Association for Psychedelic Studies was established and started conducting trials of LSD. This recent 2020 publication is “a systematic review of randomised / controlled clinical trials for the use of LSD in psychotherapy: https://www.frontiersin.org/articles/10.3389/fpsyt.2019.00943/full A

Planetary was co-created by Warren Ellis, together with artist John Cassidy. Mr Ellis is a British writer who has gathered many accolades for his creative output over the past two decades. We have reviewed many of Mr Ellis’ comics: see our critiques of:

In this note, we do not at all make light of the allegations made against Mr Ellis.

Some of Mr Ellis’ longstanding fans are mortified. That includes us.

When Kevin Spacey was outed as a sexual predator, many people faced the conundrum of how to view Mr Spacey’s body of work. Should it be viewed only through the prism of his work as a sublime actor? Or do we reject it because of the criminality attached to his behaviour when off screen?

In fact, many of the characters were so keenly disapproving of atrocious behaviour, particularly against women, so as to be violent in their expression of outrage.

Viewed as one part of Mr Ellis’ vast body of work, it is plain that this is not confined to Planetary.

But Planetary contained some of the most aggressively satisfying scenes. In the two pages below, both the evil William Leather (who has just knocked a woman, Jakita Wagner, out of a window) and Dracula (who hypnotised and systemically tortured Mina Van Helsing in the novel, Dracula) are kicked in the crotch by an upset Elijah Snow, one of Mr Ellis’ most irascible and righteous creations:

Below are snippets from Mr Ellis, from his complainants on the dedicated website Somanyofus.com, and the voice of Elijah Snow.

“See, I’ve known for a while what you people were up to in the last century… But this is a new century, sit. Different rules. And much as I respect and admire you, I don’t do things like you and I don’t see things the way you did.” ~ Elijah Snow to Sherlock Holmes, Planetary #13.

“While I’ve made many bad choices in my past, and I’ve said a lot of wrong things, let me be clear, I have never consciously coerced, manipulated, or abused anyone, nor have I ever assaulted anybody. But I was ignorant of where I was operating from at a time I should have been clear and for that I accept 100% responsibility… I have always tried to aid and support women in their lives and careers, but I have hurt many people that I had no intention of hurting. I am culpable. I take responsibility for my mistakes. I will do better and for that, I apologize.” ~ Warren Ellis, 19 June 2020.

“We are a group of over sixty women and non-binary individuals whose utmost concern is the safety and protection of others like us. Our aim is to dismantle the systems that allow people in power to abuse that power for the purpose of serial predatory corralling, emotional manipulation, and grooming. With this goal in mind, we are sharing our stories about a man who abused his power. This statement was written with the involvement of all who have signed it…. Warren Ellis, a New York Times best-selling author, comics writer, public speaker, screenwriter, and producer, has devised and continues to follow a pattern of emotionally abusive behavior documented across more than two decades… From our accounts, and the others who have come forward, there is clear evidence of Warren Ellis using his celebrity status and vast public platform as catalyst and shield to manipulate and groom targets under false pretenses, and to coerce private pornography and sexual exchanges. Over twenty years, femme-presenting people, often between the ages of 19 to 26, were impacted by this pathological behavior. We were all under an elaborate illusion, believing we had a friend, a mentor, a partner in this man… To date, nearly 100 people have privately come forward with experiences regarding Warren Ellis. Given how deeply personal many of these experiences have been, only a fraction of those who have contacted us have chosen to share their testimonials on this site. We’ve assembled these stories in a form that keeps his targets safe from further abuse, yet clearly shows both how widely our experiences vary and also where the patterns lie.” – ~ Somanyofus.com , accessed 27 July 2020.

“A final thing that some of us are open to is the possibility of a mediated transformative justice action with Warren Ellis. There is still a chance for him to be of help on a larger scale. If Warren wants to get in touch with us to start this process, we are interested in cultivating healing, accountability, resilience, and safety for all involved. Specifically, we would like to see Warren:

“Warren Ellis hid behind a tongue-in-cheek internet persona of “dirty old man”, which, combined with appearing disarmingly kind in person, permitted him to publicly live out his lascivious proclivities. Spectators perceived his online behavior as a bit of internet comedy with all participants “in on the joke.”” ~ Somanyofus.com, accessed 17 July 2020.

We believe the voices of Somanyofus.com.

What can we deduce, if anything? The allegations made against Mr Ellis date back to 2000, and cover the period of time within which Mr Ellis was writing Planetary.

Was there a complete disconnection between Mr Ellis’ behaviours and Mr Ellis’ refined sense of fairness as exhibited in his comics?

Did he perceive what he was alleged to have been doing as wrong and gave us hints in his writing that he should be stopped or judged as a “bastard”?

Or do we read too much into the words of a writer, who attracted a loyal and ardent following, deliberately using words which pleased, but were not underpinned by genuine fervour?