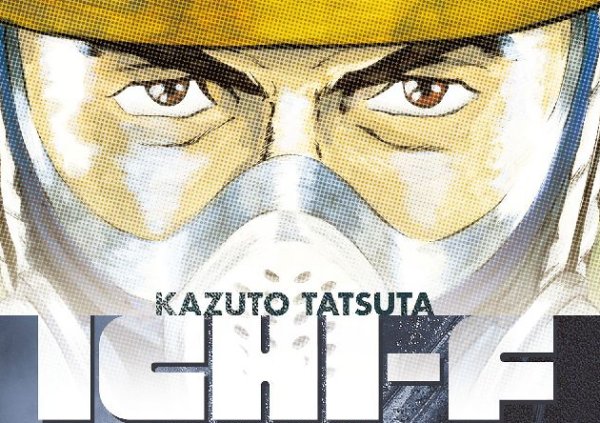 The Toohoku earthquake and subsequent tidal wave which stuck the coast of Honshu, the main island in the Japanese archipelago, in 2011 was both dramatic and devastating. Aerial images of the enormous wave bearing down on the Japanese coast, stories of loss of life and the horror of the death of loved ones and friends, and the news that the sea wall surrounding the Fukushima nuclear power plant failed, are each all still striking. Without doubt the most startling footage of the event was when on 11 March 2011 an explosion rendered open the concrete roof of the power plant, releasing a visible cloud of cesium-laced hydrogen into the air. The disaster is etched into the global collective consciousness as a cautionary tale around the failings of atomic energy and the unpredictable chaos of the environment.

This autobiographical story, originally printed in the weekly manga magazine “Morning” in 2014, deals with the clean-up.
The fundamental problem with it is that it is boring. But the purpose of the text is to convey precisely that. Shorn of the media-driven hyperbole, the post-tsunami story of the Fukushima power station’s clean-up is tedious and devoid of any drama. The author, an ad hoc worker at Ichi-F, expressly set out to do precisely that. The deliberate intention of the anonymous author of this comic (“Tatsuda” is a pseudonym) is to counter the hysteria and misinformation concerning the decommissioning of the ruined nuclear power plant and the extent of radioactive pollution in the region. Causes for excitement within the text include the removal of stacked debris, the craftsmanship of welding cooling pipes, and the sudden innovation of using the curved exterior of a traffic cone to assist a remote control robot’s power cord get around a corner in an irradiated corridor. Save that it is set in a highly irradiated worksite, the subject matter would be dreary and mundane.

Yet, oddly, it works. The main character – the writer – is a nice enough person, but initially only motivated to assist partly for the pay, partly in a desire to do something completely different. By the end of the volume he has become an aficionado of the region, enjoying its food and the kindness of the local people, and has a different attitude to the importance of the work.

Much of this change is caused by the writer’s celebrity status which has arisen from the unexpected success of the manga. As he realises that he is an important part of the story – an insider’s perspective on the tedious reality of the clean-up – he becomes more aware of the significance of the manga in understanding the catastrophe, and how the manga is helping the people of Japan deal with it. The public interest in Mr Tatsuda’s work is the catalyst for coming to care about what he does. Mr Tatsuda’s motivation of money and adventure falls away. The manga in that sense shapes reality as much as it describes it. It is an unusual form of character development in that the manga itself affects its author.

a. the startling bureaucracy associated with the clean-up. First, there are chains and chains of subcontractors, some of whom have no idea where they sit within the chain. Each take a clip of the money as it trickles down from Tokyo’s nuclear energy company, TEPCO. Mr Tatsuda also spends time detailing the tedious paper chase of employment with the subcontractors. Anyone who has worked in Japan knows that, despite being a famously high technology nation, the business culture is very much reliant upon paperwork and physical seals. The process is anything but nimble. Mr Tatsuda and his colleagues periodically spend days and even weeks waiting for various approvals as the wheels of the bureaucracy slowly grind. The most remarkable thing, perhaps, is that this occurs in the private sector, and not government;

b. perhaps too briefly, the impact upon the locals, many of whom have been sitting in temporary housing for years and have given up hope of ever returning home. Mr Tatsuda visits a local retirement home and plays old songs on his guitar. The people are stoic and resigned to reality; and

c. the constant concern with radiation. Each worker wears radiation badges, and many thick layers of protective gear. Masks become itchy and hot, but cannot be removed or adjusted for fear of inhaling deadly gases. Hotspots have been identified around the site, and the workers often sprint though highly radioactive locations and take refuge in lead-lined boxes. They are (understandably) obsessed with the amount of radiation they absorb on a daily basis. There is undeniable risk to the work, involving radiation exposure, but it is tightly regulated. This focus underpins an enormous amount of the story.

There is no plot to this. It is a slice of life story. It is that most curious of texts: utterly tedious and yet strangely compelling.