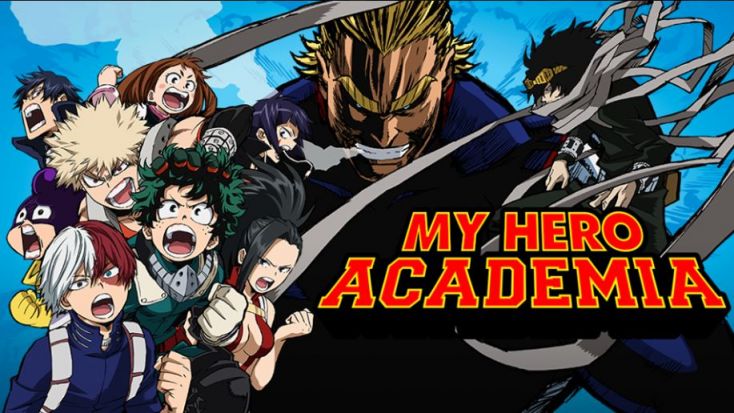 My Hero Academia is a shonen manga series written and illustrated by Kohei Horikoshi, which started serialization in July 2014 via Weekly Shonen Jump. The series is still on-going but has garnered enough critical and commercial success to warrant ventures into other media platforms. This includes an ongoing anime series, a feature-length film, a couple of spin-offs, and a 3D fighting video game.

My Hero Academia stands out from other shonen franchises because it is heavily inspired by the western super hero genre. Readers will not find it difficult to spot references to popular western superheroes. But make no mistake about it, while the inspiration is obvious it is not a western superhero story. Anything that can be easily seen as inspired by the two big American publishers, DC Comics and Marvel Comics, is filtered through the lens of the very Japanese shonen genre.

The story of My Hero Academia is set in a fictional future in which humans have evolved, to the point where majority of the population are born with “quirks” (個性 kosei). These quirks are mutations that manifest as special abilities unique to each person – where one child is born with the ability to control fire, another may be born with solid steel skin. Readers of the X-Men franchise will find the mechanics similar.

The minority that are born without any quirks, while not exactly ostracized, find their status in life and career options limited. Because not only are people able to use their quirks to perform better at their jobs, being a “superhero” has also turned into a lucrative career: individuals with very useful quirks join superhero agencies, where they earn a lot of money and fame as professional heroes.

In terms of protagonists, My Hero Academia does not deviate from the tried and true formula used in countless other shonen mangas. The shonen genre’s target audience is young boys, so it is no surprise that most of the stories revolve around young boys who are motivated by the same things valued by the readers: friendship, competition among peers, and a singular need to prove oneself to the world.

My Hero Academia’s protagonist, Izuku Midoriya, certainly fits the bill. Born without a quirk, Midoriya is looked down upon by his peers and cut off from any future opportunities as a professional hero. The tragedy in the character is that he idolizes the country’s premiere super hero, All Might, and wishes to follow in his footsteps. These dreams are dashed early on when physicians verify his lack of quirk. But as expected of a shonen protagonist, Midoriya retains his optimism and innate sense of altruism.

This altruism gives him the break he so desperately wanted: being seen in public, plunging head on to save a friend from a supervillain attack despite lacking any super powers is enough to attract the attention of All Might himself. And thus begins Midoriya’s journey – being taken on as a protege and inheriting All Might’s powers, and subsequently gaining entry to a prestigious academy for future professional heroes.

Midoriya on his own is not interesting as a protagonist, or at least does not have anything that stands out from other shonen protagonists. The real texture of the story comes from, first, the characters that revolve around Midoriya, and second, the story’s subversion of the Chosen One trope. Midoriya inspires rivals and friends alike. As a protagonist, Midoriya is always put in the top position and poised to succeed – except he does not. The character himself takes note of this in one part, stating that his opponent Shoto Todoroki – who has been physically and emotionally abused since childhood just because his father wants him to surpass All Might – would be the main character if they were in a comic. Midoriya, on the other hand, goes through life with the help of friends and simply had the sheer luck to have inherited a power so great that it breaks his body with every use.

Another interesting element in My Hero Academia is All Might himself. A character who on the face of it is little more than a plot point, All Might is actually the single most important part of the manga, serving both as a political allegory and also Christ figure.

First, All Might, with his verbose speech consisting of inspirational platitudes and macho posturing, coupled with his red/white/blue costume and superlative abilities, is clearly a reference to DC Comics’ primary hero, Superman. And without digging too deep into the story, the character can also be considered as an allusion to the United States of America.

Second, within the universe of My Hero Academia, All Might is the most powerful super hero and considered as the gold standard. His mere existence alone serves as a deterrent against supervillains. But by the start of the story, All Might is already suffering from the effects of an old injury. He is only able to use his powers for a limited amount of time. Yet his role as a deterrent means that he must keep up appearances and continue working at the expense of pain and irreversible bodily harm, his weakened state only known to a select few colleagues and his potential successor. It is an exercise in fatal self-sacrifice. When information got out to a few villains, they are immediately emboldened and have started banding together in an effort to take down All Might, both as revenge and as a lesson to future super heroes.

The manga excels in drawing parallels between the previous and current generation of super heroes, either by showing history repeating itself or allowing the young super heroes to pay for the sins of their forebears. The manga is commendable for its ability to entertain as an action-packed Japanese view of western superheroics, while tackling mature themes without the need for cheap shock schlock. It is good enough to recommend to any shonen fan, but will be doubly interesting to readers who also enjoy western superhero comic books.