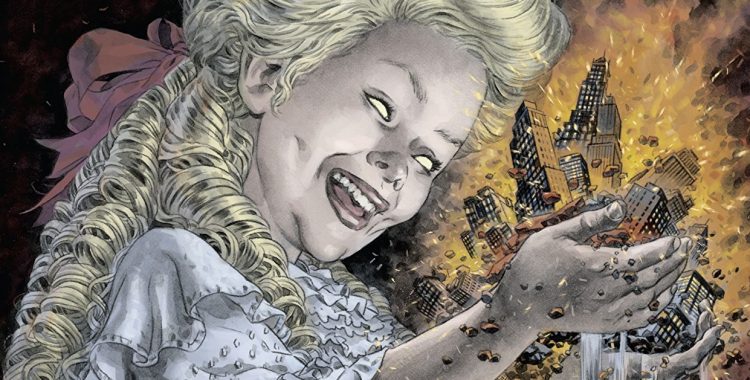 “B.P.R.D.: The Devil You Know” #1 is the start of a new comic book series from American publisher Dark Horse Comics. It focuses on a fictional government organisation called the Bureau for Paranormal Research and Defense. The BPRD, as its name implies, is an agency that handles research, investigation, and defense against the paranormal, with funding coming from the United States and the United Kingdom governments.

The BPRD was first introduced in the pages of Dark Horse Comics’ “Hellboy” comic book franchise. It was also featured in two successful films and a series of animated content based upon the “Hellboy” comic book, which means that the concept has a footprint of awareness outside of comic books.

Unfortunately, the familiarity built by the motion picture films and other non-comic book content is completely wasted in “BPRD: The Devil You Know”. The comic book is inherently unfriendly to readers who have not been following the “Hellboy” comic books religiously (with apologies for the pun). While most first issues of spin-offs would at least spend some time re-introducing major characters and giving readers enough backstory to keep up, this title drops readers straight into the aftermath of a massive demonic invasion, which left major cities in ruins and what’s left of the human population reeling from the constant incursions of hellish creatures. The Mary Sue website’s solution to this genre systemic problem is “Wikipedia is your friend”. We do not agree. Should a literary text seriously need Wikipedia to assist the reader to understand a backstory? The fact that the text is a comic book does not give it a free pass in respect of the need for coherence integrity.

“Sometimes all you need is a simple direct declaration—My father killed my mother when I was five—and that’s sufficient. Readers don’t need to see the murder as it played out. They don’t need to know where and when it happened—in the laundry room at 4:22 on a Tuesday—if that detail isn’t germane to the character’s life in the present. Readers don’t need a lot of detail and explanation. They just need enough to make sense of the present.”

Comic books should not be excluded from that elementary proposition.

Major characters from the “Hellboy” comics make appearances in this first issue. The protagonists are spearheaded by the pyrokinetic Liz Sherman. This character leads a squad of heavily armed BPRD agents as they rescue survivors who are either trapped, stranded, or under attack. They are also helped by a mysterious sword-wielding human who, glimpsed in dim light, bears a similarity to Hellboy thanks to his goggles (which look like Hellboy’s worn down horns in some images.) Whether this is coincidental or foreshadowing for a future twist is unclear.

There is also a potential new antagonist – a mysterious young girl who has magical powers that can cure any affliction, and enough charisma to build a flock of supporters from survivors she has come across. It is also hinted in the story that it is this same girl who has been appearing in the dreams of people across the country (she is also very prominently featured in the cover, rendered in a way that would befit a major story antagonist.)

We do not have any major complaints about the technical aspects of “B.P.R.D: The Devil You Know” #1. Writing duties are handled by the creator of the Hellboy franchise itself, Mike Mignola, and Dark Horse comics veteran Scott Allie (who was editor-in-chief of Dark Horse from 2012-2015, and made a lot of contributions to the popular “Buffy” series of comic books, both as editor and writer.) Both of these writers know their craft.

Our big problem with this comic is that it has wasted all the potential inherent in a spin-off series by being completely inaccessible to new readers, or even readers who are familiar with the original franchise, but has not kept up with the main series. For a first issue, “B.P.R.D.: The Devil You Know” #1 lacks any semblance of plot or world-building, instead focusing on disjointed scenes that tackle the aftermath of a huge event, with no explanations whatsoever.

Other critiques have been kinder:

1. JJ Travers at Adventures in Poor Taste! takes a sunny, glass-half full approach to the absence of backstory and says, “I’m a very curious person and when I’m reading a comic I enjoy going over each and every panel multiple times, searching for as many clues as I can find. One of the things I’ve always loved about comics is finding the stories that make me want to take the time to look for the little details. That’s exactly what Mignola and Allie’s story makes me want to do. They hooked me on the perfect piece of bait where I’m asking a lot of questions but I don’t find myself frustrated–in fact, I’m happy to let them reel me in. I’m truly excited to find out how deep into their world this book will take me.” This seems to be a case of lack of comprehension leading to buoyancy.

2. The panel at Multiversity Comics correctly note, “This may be a new cycle, but it comes with nearly two hundred issues of baggage between both “B.P.R.D.” and “Abe Sapien.” There may be a #1 on the cover, but I wouldn’t call this a jumping on point…. I was actually surprised by how there wasn’t even an attempt to make this a new starting point. The first thing you see in the issue is the second page in a five-page memo, and that seems about as clear of a sign as any that there isn’t much place here for new readers.” But then they go on to say, “I think this first issue is primarily interested in reintroducing the world itself rather than the characters at this point, and even still it ends up going six pages over the usual word count…. There are a lot of interesting pieces being put into play…” That is an interesting assessment, but the merest skim over the characters – an absence of any explanation as to who they are – underscores the panel’s first point of inaccessibility to new readers.

3. Rocco Sansone at Review Fix offers veiled criticism: “Although this new arc may not be as grand and epic as “Hell on Earth,” it just needs strong storytelling in order to be great.”

4. “The duo give us an opening narrative that is easy to jump into, being both intense and dramatic. Packing a lot into this, the writers manage to shine the spotlight on several familiar faces, with there being a lot to look forward to as the story unfolds. The duo also know exactly when to allow the visuals do the talking, with there being a few pages that pop without featuring a single shred of narration or dialogue,” glosses John McCubbin at Snap Pow. We entirely disagree. A quagmire of a plot might be easy to jump into, but it is also easy to drown in. As for no narration of dialogue in certain pages, we see this as an indicia of over-reliance upon the artist. Comics are a mixed medium of word balloons / narrative boxes, and art. Remove one of those elements, and the text starts looking less like a comic.

If this story were part of an ongoing series, we would recommend this issue as an interesting new story arc to existing readers. In the context of a new spin-off series, however, we advise readers who are not up to date on the “Hellboy” franchise to stay away and wait for a collected edition.