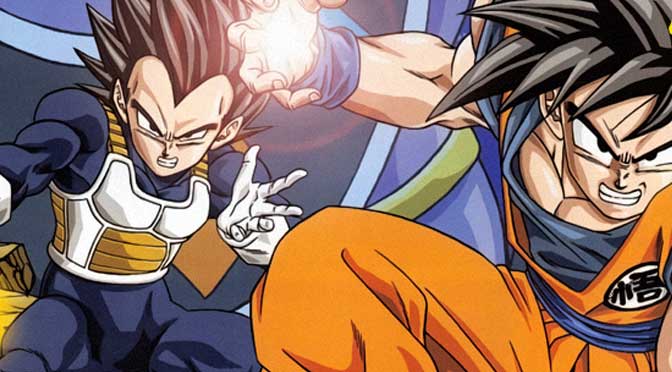 Dragon Ball Super is the manga sequel to Akira Toriyama’s Dragon Ball shonen franchise, which originally ran from December 3, 1984 to June 5, 1995. The franchise became globally successful due to the anime adaptation, which was dubbed and released outside of Japan. The story follows a naïve mountain boy named Son Goku who possesses inhuman strength, exceptional martial arts ability, and a monkey tail. Son Goku befriends a wealthy teenage girl named Bulma and eventually joins her quest for the legendary dragon balls – seven artifacts scattered all over the globe that together can summon a magical wish-granting dragon.

The first few volumes were inspired heavily by the classical Chinese novel “Journey to the West”, both in respect of the characters and the general trajectory of Goku’s adventures. The latter volumes however adopted significant tonal changes, with the comedic and adventure elements being reduced in favor of bombastic action set pieces – lots and lots of fighting with stylised violence – with an overabundance of characters that can destroy huge chunks of the planet with a flick of a finger. The mystical dragon balls at this point have fallen by the wayside, reduced to minor plot devices that help maintain the status quo – any damage incurred during a major story arc, including the death of major characters and the destruction of a planet, can be undone by wishing upon the dragon balls for a reversal of events.

“Dragon Ball Super”, in this regard, will understandably inspire cynicism amongst readers familiar with the franchise. It is difficult to imagine that there is still room for a story when several characters in the franchise have already attained god-like abilities (one side character, in particular, became an actual god.) Any adversary or problem that appears can be blasted into smithereens by one of these super-powered beings, and any collateral damage can be rebuilt through the dragon balls. The search for each piece of the dragon balls (which scatter across the world after every wish), which make up most of the story arcs in the original arc, have become inconsequential through the combination of the use of “dragon ball radars” and flying characters that can circumnavigate the planet within minutes.

The answer to this ease of restoring the status quo within minutes came with the introduction of a new anti-hero: the God of Destruction, Beerus.

Beerus is the literal god in charge of destroying things in the universe, a dormant god awoken by the sudden increase in number of mortals with godlike powers (both explaining his place in the series’ reality and his absence in previous story arcs). Characterized as a humanoid creature with feline features and the temperament befitting of a cat, Beerus’ strength so dwarfed every other character’s (aside from his ward, the angel named Whis) that the only recourse for the protagonists was to seek a long-forgotten ritual that turns Son Goku himself into another actual God – quite a levelling up for a naïve mountain boy.

At this point, it would have been easy for “Dragon Ball Super” to end up being a rehash of past volumes, with our heroes solving their problems by getting stronger and subduing the opponent through brute force. Fortunately for readers, the manga avoided this predictable plot structure. Beerus far outclassed Goku, even in Goku’s state as a god. And it turns out that he is not a villain meant to be beaten, just a force of nature that can be diverted, placated, or even distracted by food.

The author(s) (and, as an aside, there is some controversy over who is really responsible for authorship: Toriyama supposedly just supplies major plot points that Toyotarou fleshes out into full stories) does a good job of giving Beerus an individual personality as opposed to just molding a random malcontent bent on destroying the universe. This is ironic, given Beerus’ sole purpose is to be the destroyer of all things, but it is a welcome characterisation which sets aside stereotypes.

The course of the manga sees Beerus acting more as an absentee mentor that manipulates, guides, and coincidentally aids the heroes in fighting otherworldly threats. While technically capable of solving everything on his own, Beerus has the excuse that his station, as a divine being subject to capriciousness, prevents any direct intervention in major story arcs. This is both convenient and (within the parameters of the fantastic plot) believable. The comedy so praised in the original “Dragon Ball” manga is also back, even the formerly one-dimensional antihero Vegeta gets comedic scenes that mostly play on his Spartan rigidity and obsession with fighting.

Many of the side characters meant to be fodder in the past are so far outclassed now that they are no longer included in any of the fighting. This is a good thing. First, it streamlines the story. “Dragon Ball Super” no longer needs to juggle dozens of combatants in a single story arc. Second, it allows the story to delve into more personal aspects of these characters’ lives. It is refreshing to see some of these side characters grow and start families of their own, especially when used as a point of comparison for main character Goku, who may have become the strongest mortal in the universe but still struggles with his responsibilities as a father.

The action set pieces are also now more creative. These no longer consist of a bunch of spiky-haired blondes shooting beams from their hands. We now get to see different kinds of powers, such as the ability to freeze or rewind time in small amounts, or outright travel back in time. The issue of time travel and its effects, while tackled in the original series, is revisited in much greater detail in “Dragon Ball Super”. It expands the continuity due to the presence of alternate realities, and returns the concept of consequences to the story – each time a person travels back in time, a new reality is created. This results in some realities without any dragon balls, and there are some where there are no Gokus or Beeruses to save the day. These alternate reality evils find their way to the “anchor” reality (for want of a better term), and become the subject for ongoing story arcs.

The quality present in “Dragon Ball Super” makes it easy to recommend to any “Dragon Ball” fan, and the only complaint that can be found is just that: you have to be a fan first, as appreciation will depend largely on how familiar and knowledgeable you are with the original franchise. To everyone else, you need to backread or watch a ton of content first. In that regard it is not especially accessible and inclusive of a new readership. But that should be no barrier to the title’s commercial success amongst those very many readers who are entirely familiar with Goku and his friends.