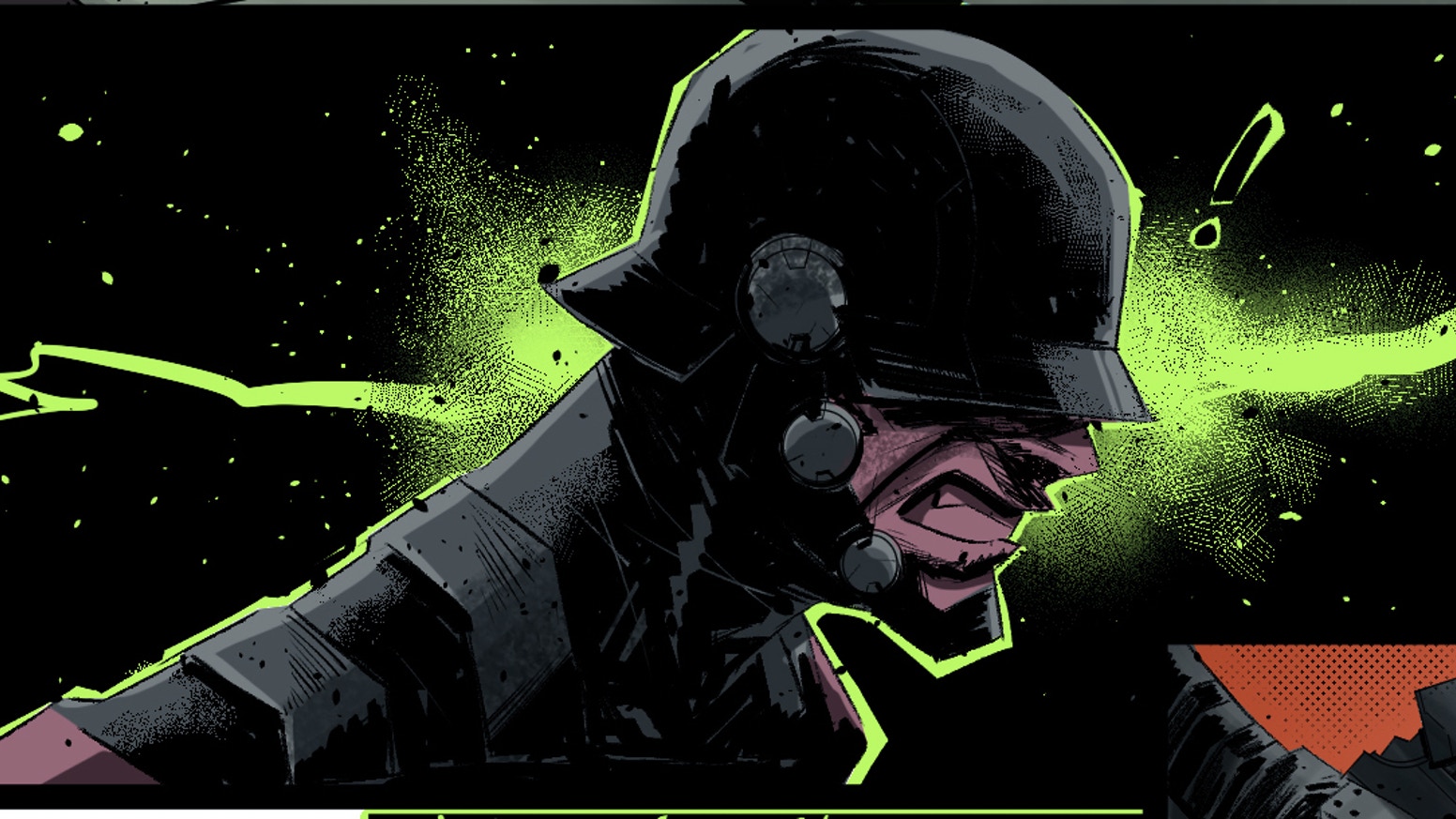 While we frequently explore horror titles, World Comic Book Review does not write about zombie-led plots very often. The success of Image Comics’ The Walking Dead in the early 2000s spawned an enormous zombie horror sub-genre, much of which we think is a waste of time (including, perhaps controversially, Marvel Zombies).

And so we reach Ax Man, an independently published zombie title from creator Ryan Little. Any schlock horror expectations created by the title Ax Man will be immediately dispelled upon reading this first issue, recently released by way of Kickstarter where it was over-subscribed.

An Ax Man is a doctor, trained to save people from a malevolent virus, or if the victims are too violent or too far gone, execute them. This latter option is done only at the direction of each Ax Man’s remote handler. In the case of the protagonist, known only as Jason, killing victims is done with significant remorse, and in private. Jason is after all killing the people who are highly contagious and ill, rather than undead. Jason turns off his feed to his handler when he kills a patient, despite express orders otherwise: Jason will not let the murder of an infected person become a television event. Ax Man strikes an unforeseen course between two very different waypoints: trenchcoater video game action and medical ethics. The protagonist unexpectedly evolves from being a masked killer in body armour with a machine pistol to being revealed as a doctor out to save lives. It is thoughtful, meticulously plotted, and is buoyant with characterisation.

Interviews are a lazy way of conducting a critique. Nonetheless, we were intrigued by the creative origins of Ax Man, and so we asked Mr Little some questions:

1. What’s the name of your publishing imprint?

No imprint as of now. I represent all my series (Lonesomes, Prometheus, The Crude Knight, The Ax Man) through my twitter: https://twitter.com/MrRyanComics

2. What was the inspiration behind the title? Zombie viruses have been well-explored but you steer this in a different direction with the ax men themselves. There is something of a reluctant Judge Dredd about them. The ethics of a medical practitioner sets this apart.

The Ax Man lives in the fun and intense trope of the patient zero scene where we see the brutality of a virus and its outbreak and makes a world out of it. The life of an Ax Man is rushing into a place contaminated with a newly evolved virus and snuffing it out. A core component is the idea that in this world viruses are rapidly evolving. My parents both work in the medical field. I was often reminded as I grew up that there are thousands of things that have to go right in your system every day for you to live a healthy life.

In the Ax Man our “monsters of the week” will come from a newly evolved virus the likes of which the world hasn’t seen. And it’s a growing trend. Human population is rising exponentially. People now have the ability to travel to all sorts of remote destinations should they so choose. The Ax Man grounds and explores outbreak as a side effect of human expansion that I think allows for a fun sci-fi tone that stays rooted in reality enough to keep things tense.

We will be purchasing issue two and look forward to reading how this thoroughly interesting story unrolls.