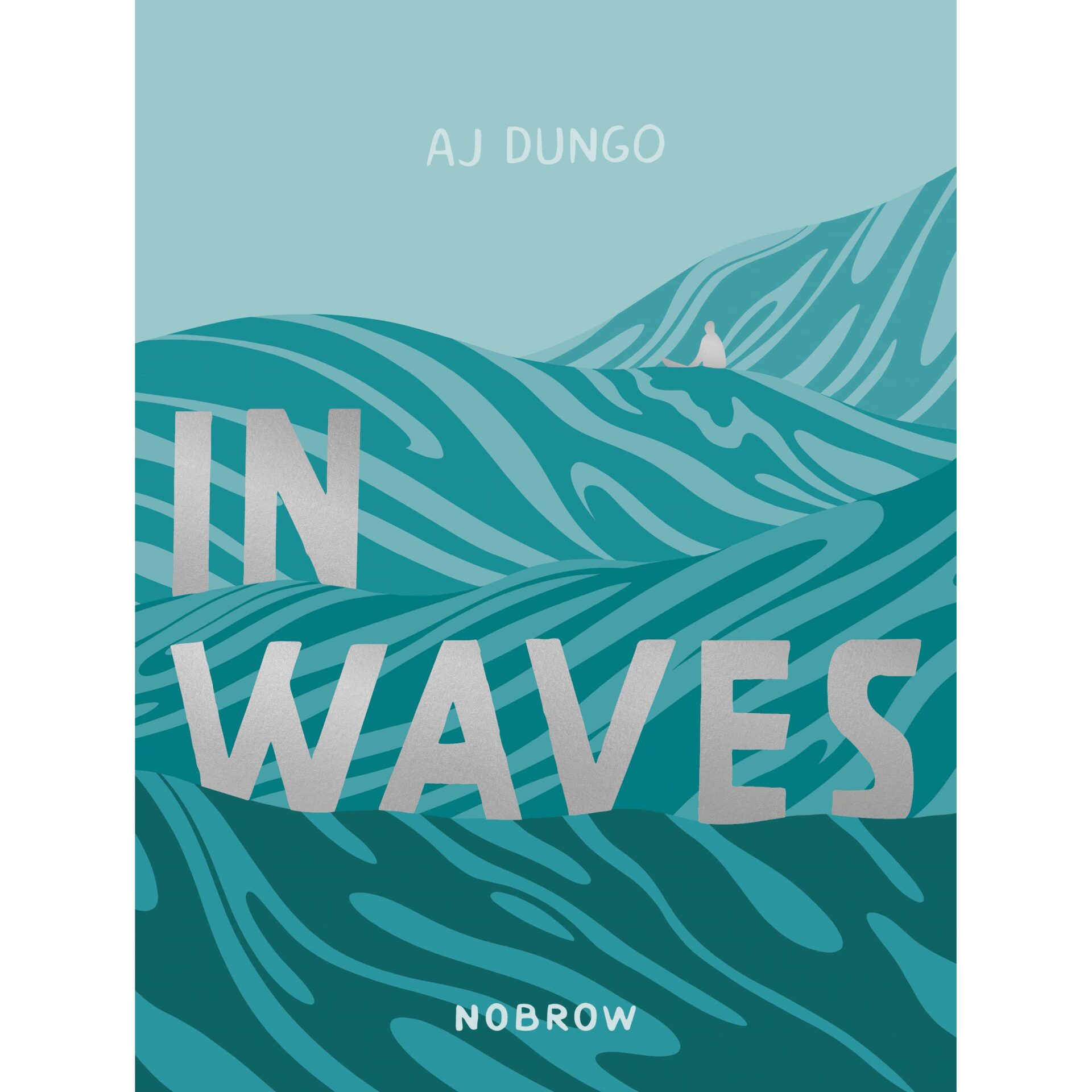 When we write reviews of comics for this website, we use the second person narrative, “we”, so as to present the impression of objectivity and be brutally honest. It is also a tool to avoid self-indulgence. “We” filters fan blind spots and personal foibles.

For this comic, In Waves, I put aside any semblance of objectivity. This is a deeply personal comic. The writer and artist, AJ Mungo, pours his heart out. If you have ever been close to a cancer sufferer, as I have with my mother, and watched them slowly die, as I did, then this comic will bring immediate recognition of a set of emotions. In this comic, those emotions are experienced by the family and friends of the cancer victim, Kirsten Tuason. There is no sense of anger or hysterics brought by Mr Mungo or his cast to the text. There is only hope cast up, and then down; poignancy in a trough, and then a peak; and regret for what might have been otherwise, wide as the ocean and stretching to the horizon.

In Waves does not start as the story of a cancer sufferer. Mr Mungo first takes us to the sea to experience what it is like to be in it. Those of us who live near a sea and indulge in it know that sitting in the ocean, either on a board or a ski or just bobbing around, brings reveries. In-between waves there is time to think. There is nothing to distract you if you so wish it. On a calm day with a mild swell, the ocean itself is not disturbed by you, and carries you up and down in its embrace. Mr Mungo’s art in particular conveys the sense that the ocean is limitless and powerful and ageless. We all eventually end, but the sea does not. The sea has brought in waves to the shore long before we were here and will continue to do so after we are gone.

The endless vista offers the line where the sky ends and the sea ends, and it is the point at which the surfer stares. It is, moving up and down as if in the comfort of the womb, where the mind can do what it needs to do.  Mr Mungo’s inks and colours capture that perfectly. Mr Mungo’s perspectives are that of the surfer, laying on the board with the next wave imminent, or are very high, demonstrating that the surfer is but a small object placed on a double page of vast sea. Monologue boxes are equally overwhelmed by the expanse. Mr Mungo draws the layered ripples of the ocean with the perspective of height, a topography in motion. Yet many of the people depicted in the comic lack clear form or facial features: the ocean sometimes has more expression than some of the cast.

Kristen is the focus of the story, but a reader approaches her through vignettes which are not at first obviously connected. Indeed, the reader might be forgiven for initially forming the view that each fascicle was not related and instead explored the theme of the ocean. This facade, that the stories are dislocated and standalone, is assisted by the exploration of the history of surfing. The father of global phenomenon of surfing, Duke Kahanamoku, has his amazing biography displayed in this comic as if it was an exhibition in a museum. Much lesser known is the journey of Tom Blake, who slowly made his way from the frozen shores of Lake Michigan, down to Texas, out to California and then beyond to Hawaii. His chance meeting with Duke back in his town when he was young permits Tom to join traditional Hawaiian surfers on the waves.

Tom’s role as a curator in a Hawaiian surf museum allows him to unlock the secrets of surfboards. Tom makes improvements, which enhance his performance, alienating the Hawaiians. The improved boards are mass manufactured and suddenly the surf is filled with amateurs. There is a hidden history which Mr Mungo unfolds as part of the story. Mr Mungo renders these retrospective tales in sepia tans, while the main story is in greens and blue-greens.

Kristen surfed and then as she grew more ill, she sits on the beach in a wheelchair, a black silhouette, and enjoys watching her friends surf. She has seven rounds of surgery, we are told, and early in her battle lost a leg. There is nothing maudlin about it. Her death might be slow and wrenches at the heart, but Mr Mungo makes it clear that Kristen is magnetic to the end. Kristen’s mother, like many mothers who watch their children pass away, is barely able to cope. Watching Kristen’s mother falter and then finally say goodbye brings a lump to the throat.

The ocean is monumental in its movement. Mr Mungo was asked by Kristen to tell people her story through his art. In Waves is a better monument than any cemetery headstone. And yet we see Mr Mungo bring flowers to a rectangular plaque set in a field of grass.

“After Kristen died, I spent a lot of my time alone, in the water. Isolating myself alarmed those around me. They would ask how I was and I had trouble answering. Eventually, I found the words I was searching for. “It comes in waves”. It’s a brief but honest answer. The emptiness is constant. But grief has no recognisable pattern. It just comes and goes. It is unpredictable, brewed by a storm in the distance, deep in the ocean, far from view, churning water above and below. It surges through channels, forming and rushing while carrying its magnitude full force as it reaches a breaking point. It grows until it cannot sustain its shape. It becomes unstable and crashes. Eventually, it settles into a calm uniform surface.”

When Mr Mungo describes himself in the post-text credits, it features a drawing of an older man, who, he says, spends too much time staring at freshly painted patches of kerb. Mr Mungo’s life continues, but itcontains a space. It was only towards the last quarter of the four hundred pages, as the non-sequential arcs fused together, did I realise with shock that I was reading a biography.

This review is about the comic and not me. But I would like to thank Mr Mungo for creating it. By happenstance I finished reading In Waves on the anniversary of my mother’s death from complications arising from ovarian cancer, twenty-seven years ago, and this quite remarkable comic caused me to reflect, regret, and be silent for quite a long time.