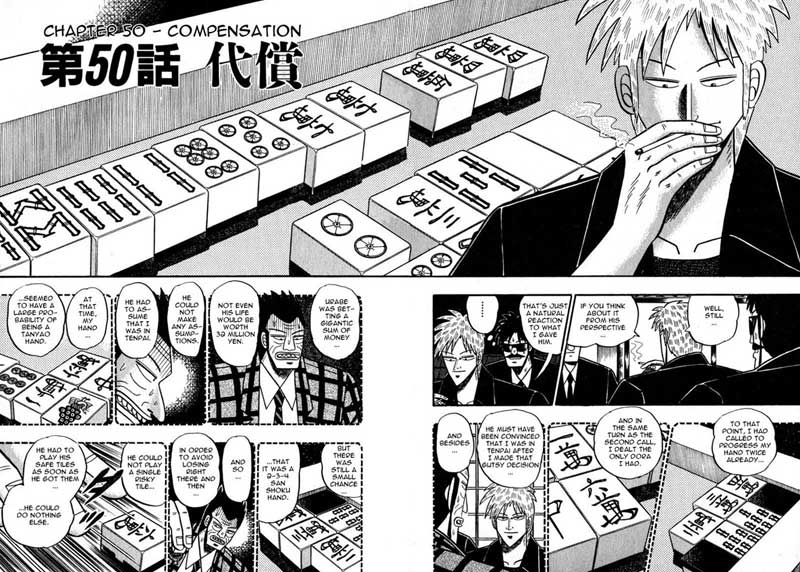 Set in the shady world of gambling in mahjong parlours, Akagi told the story of a very young gambling genius who uses unorthodox techniques to overcome cheating Yakuza opponents, blind grandmasters, and build a legendary reputation for his skills and uncanny luck. Shigeru Akagi, the nineteen hero of the title, eventually battles his nemesis, the post-war grise eminence of Japan, Washizu.

Akagi has sold over 12 million copies in Japan. It was adapted as two live action films in 1995 and 1997. A 26-episode televised anime series was produced and broadcast on Japanese television network from October 2005 to March 2006. Two live-action television dramas based on the series aired on between July and September 2015 and October and November 2017, with a third series planned to air in 2018.

Much of the appeal of the manga stemmed from the mind games and cool-headedness of Akagi. The character uses brazen bluffs and outrageous tactics to win, and never flinched even under the most intense pressure.

The final high stakes game with Washizu involves Akagi betting with his own blood, with a machine drawing it out of his body every time he loses a hand.

The series has a cult following, and according to Wikipedia, “has aroused interest for mahjong in the West, especially in Russia.”