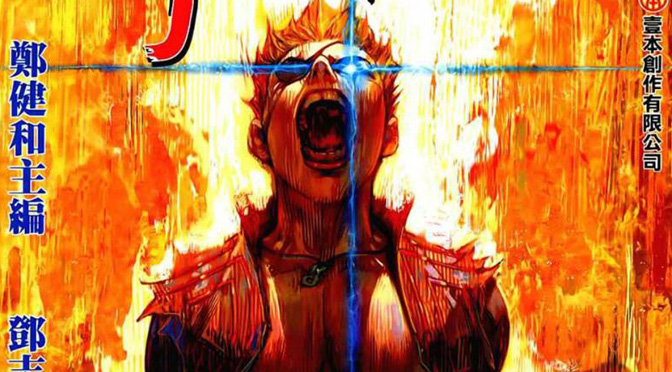 A common thread running across different mythologies from different cultures, particularly those rooted in polytheism, is the concept of deities that are no less prone to corruption, indolence, and egotism as the mortals they seek to govern. The Chinese martial arts fantasy manhua “Feng Shen Ji”, written by Zheng Jian He, works under the same premise – that the powerful gods who govern life and death have within their ranks those driven by self-interest and those who have become drunk with their power, looking only at lesser gods and mortals as mere playthings.

At the center of the story is the Black Dragon, Tian, who was the strongest of the ancient gods. Tian single-handedly drove his enemies, known as the Dark Ones, deep into the pits of Hell. Tian also killed all the other ancient gods when they chose to betray him and his lover, White Dragon, out of fear. Tian serves the purpose of the god of gods in the story, being the creator of the world, the humans, and the lesser gods (called the Great Gods). These lesser gods are themselves fashioned using the life force of ancient gods, and use primitive humans as vessels.

The hero of the story is a young man named Wu Geng, who is the offspring of a powerful emperor and a goddess. Wu Geng’s country, Zhao, is unrivaled in its military might due to being favored by the gods, in return for using its citizens as slaves for the gods. The emperor, after generations of subservience, chose to rebel against the gods in a desire to give freedom to his subjects. The consequences were brutal: his country was destroyed by the Great Gods and an awakened Tian.

Wu Geng was killed by his own mother in an effort to spare him from torture at the hands of the gods, but his spirit was transferred into the body of a dead commoner (as fate’s joke, the dead commoner was someone that Wu Geng abused and blinded in the past). The manhua’s plot then follows Wu Geng, now using the dead commoner’s name Ah Gou, as he grows from a slave miner to part of a nomadic tribe of gods. Wu Geng eventually becomes the great commander of the Dark Ones and leads them to lay siege to the land of the gods, seeking to end tyranny and reclaim their place in the lands above.

“Feng Shen Ji” is unique from other action comics targeted towards young men, as it features a protagonist who fits the generic action hero formula only on the surface level. For starters, Wu Geng has never been driven by altruism. It is true that he protects the weak and fights against the corrupt gods, but his motivations stem from his massive ego and desire for revenge. One could argue that the only difference between him and the gods he fights so hard against are marginal. This is demonstrated in one of the later chapters when he used his army of Dark Ones to oppress and drive natives out of their lands, under the guise of giving the Dark Ones a habitable and peaceful place. It is only through the intervention of his uncle, the mystical Swordsman Zi Yu, and the reformed great god Zhen Chan (who seems to be based on Gautama Buddha), that Wu Geng is forced back on the path of righteousness.

This manhua excels at character-building. No single character is pure evil or purely good. Many of the great gods that serve as the primary antagonists do horrible acts out of ignorance, of the misguided belief that they are justified and that they are doing mankind a favour. Some are cruel to humans because their divine law prevents them from doing otherwise. Ironically enough, many of the powerful gods in the comic are very much slaves themselves, to their own laws and to the whims of those who would exploit the laws for their own benefit. Even Tian himself is shown to be struggling against forces beyond his control – fate and the loneliness that comes from being the last of his kind.

The action set pieces are impressive, and easily best some of its Western and Japanese contemporaries. Gods, Dark Ones, and Humans all have their own martial arts disciplines, and they are well-thought out and are more creative than simply shooting energies or lifting heavy things. We see humans who can conjure swords and large fists out of miasma, gods that fashion weapons out of the elements, creatures that use their own life force as ammunition (thereby killing a part of themselves everytime they fight), and even a god afflicted by the werewolf curse, which makes him more savage and tougher than most gods, but functionally crazy.

“Feng Shen Ji” is a hefty read at 182 chapters. It is a macrotext. It justly deserves the adjective “epic”. There are no throwaway characters or plot lines, and the major characters are fully-fleshed out with their own backstories and progression. Some readers may see that as a detriment, as it can come off as unnecessarily convoluted in some parts. Having said that, it is worth reading this manhua in its entirety, and it has mainstream appeal for those readers new to manhuas.