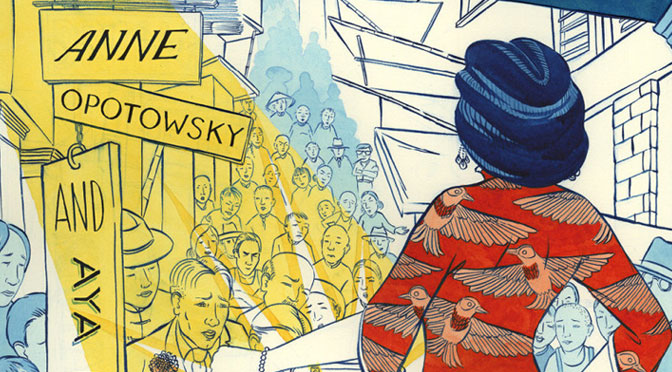 “Many Australian comics released on newsagent stands over the past twenty to thirty years have folded after only a few issues. So, it is with some residual anxiety that these words are penned about seven weeks before the release of the First Issue of Aussie Aussie Aussie Oi Oi Oi! Until those sales figures come in, it is difficult to gauge the popularity – or otherwise – of this comic.”

These were the nervous introductory words to the editor’s note in the third issue of “Aussie Aussie Aussie Oi Oi!”, dated January-March 2015. The website of its publisher, ComicOz, indicates that a fifth edition is pending release, and so the sales figures may not have been so dire after all. But the trepidation is well founded given the precarious history of the Australian domestic comic book industry. Notwithstanding the existence of an annual award to recognise the efforts of the very small number of local comic book creatives and industry players (called The Ledger Awards, most recently held on 10 April 2015), the Australian comic book industry is more notable for the spluttering starts and silent disappearances of both titles and publishers.

The third issue of “Aussie Aussie Aussie Oi Oi Oi!” (the etymology of the name is that it is an Australian sports call-and-response cadence) is still in some Australian news stands. It is an anthology of comic book serialised short stories and, towards the end of the book, a few pages of slapstick cartoons which would have found a better home in a British magazine like Viz, save for the local content. All of the stories are in black and white, the paper quality is poor, and the production values are akin to that of a high school year book. Editing anthologies takes real skill: here, the passage from story to story is brutal. But it does its job as a workhorse for new talent and is clearly a labour of love. And some of the works in the anthology flicker with potential. “Seven”, by Alisha Jade, a sinister tale of a witch with a penchant for caging young women, could be mistaken for the first draft of a Neil Gaiman comic. The reader is left with the impression that the story needs a lot of polish, but it nonetheless reflects a vibrant creative spark. “Job Dunn”, a dystopian action-comedy clearly inspired by the likes of British publication 2000AD, is a slick production capable of generating some wry smiles, by Mark Hobby of Sydney, Ben Michael Byrne of Melbourne, Noelle Kriminova of Queensland, and a UK letterer with the handle “Bolt-01”. And the only complaint about Lauren Metzler’s work on “The Traveller’s Curse” is that it is far too short. The pleasant sketches, some in pencil and some fully inked, support what appears to be an autobiographical recount of far-flung journeys, leaving the reader to hope there is something more than the eight pages of prologue.

ComicOz is based in Queensland. On the other side of the Australian continent is Gestalt Comics, based out of Perth. Established in 2005, this publisher has produced some remarkable titles, with some sparkling productions values. Two in particular have stood out.

In 2011, the creative team of Anne Opotowsky and Aya Morton produced a thick volume entitled “his dream of skyland”. Set in 1950s colonial Hong Kong, the story follows the meandering adventures of the hapless Chinese postal worker, Song. Hopelessly in love with a bemused prostitute and with his bumbling father in jail, Song decides to try to deliver dead letters – correspondence with no proper address, sometimes sitting around in the post office for years, but capable of delivery with some detective work and a glimmer of proactively. Delivering dead letters seems to be an eccentric but harmless preoccupation, but in doing so Song brings both joy and sadness to their various recipients, and comes to navigate the notorious and legendary Walled City of Kowloon. It is a place that recognises no authority and which in the hands of the creative team is imbued with a shadowy personality. The Walled City is like a tiger with a full belly: watchful, and idly dangerous. A helpful and beautifully rendered glossary at the end of the volume assists readers not familiar with Cantonese culture nor British colonialism. It’s an engaging and skilful endeavour, and ideal for readers with an interest in Hong Kong history.

The other title has received much praise including a literary award. Tom Taylor and and James Brouwer are the creative team on a series entitled “The Deep”. The first storyline is entitled “Here Be Dragons” and is a collected work, and the second storyline, “The Vanishing Island”, is currently being published.

Comedian/actor Bill Murray’s work on the 2004 film “The Life Aquatic with Steve Zissou” successfully parodied the 1968-1976 television series, “The Undersea World of Jacques Cousteau”, and underscored just how dated and, yes, even embarrassingly corny with their weighty gravitas those undersea adventure stories from the 60s and 70s were. DC Comics’ title “Sea Devils”, the television show “SeaQuest DSV”, and the oft-maligned DC Comics superhero Aquaman occupy a niche watery genre which, when thought about at all, was regarded to be as passé as teen romance comics.

But “The Deep” captures a sense of fun and adventure which seems modern. The main characters, the Nektons, together are a highly educated and well-meaning family of technocratic ocean explorers, and they are black. (Explorers were the rock stars of Victorian England: men like Burton, Speke, Livingston and Gordon brought white man’s enlightenment and Christian justice to deepest Africa. The characters in this series are a world away from that.) The technology in the comic comes across as contemporary. And there is not an ounce of grittiness to the story (other than the silhouette of a whale, partially consumed by a mysterious sea monster which appears every 55 years). It’s a shiny, fun tale of contemporary optimism for all ages.

Melbourne-born Taylor himself is no stranger to comics, and has penned stories for DC, Image and others (perhaps most notably, various Star Wars stories). Brouwer has done work on DC’s Justice League Beyond. The Deep has won an Aurealis Award, and is in the process of being animated by Technicolor (better known for their work on Kung Fu Panda, and Teenage Mutant Ninja Turtles). It’s a work which deserves its success.