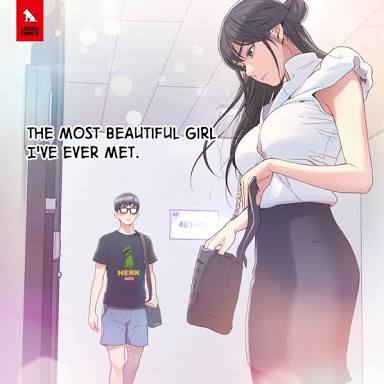 World Comic Book Review is a broad church. In the past we have reviewed comics as diverse as Disney’s ongoing Frozen comic book (based on the animated motion picture about two young princesses), the Kricfalusi-esque slapstick comic The World Hates Jimmy, and the hyper-serious science fiction of V for Vendetta With this review, we lurch to another extreme: Sweet Guy (also known in English as He Does a Body Good) is a pornographic Korean manwha. And so, as we critique, please do not judge us on our aspirations on inclusiveness within the genre of comic books.

On the face of it, the story is broadly reminiscent of the 1982 American teenage comedy motion picture Zapped! where a hormonal high school senior develops telekinetic powers and uses these abilities in various and inappropriate ways (lifting girls’ skirts and so on). In Sweet Boy, the nerdy hero of the story, Go Ho-Sang, is scammed into buying a strange back massage machine and ancillary drugs from a superficial but pretty girl named Ga-Hee who he knew at high school (and who secretly despises him). The machine shorts out and electrocutes Ho-Sang.

But because the machine (as it evolves) and the drugs associated with it were created by a very eccentric Russian engineer named Dmitri, the accident gives Ho-Sang strange powers. When Ho-Sang touches someone who is male, that person calms down and enters a state of ecstatic bliss. This is very useful talent for Ho-Sang, who works in an electronics shop and is sometimes confronted by angry, hulking customers complaining about the goods. In an incident involving Ga-Hee and her violent ex-boyfriend, Ho-Sang is able to entirely debilitate the thug by causing him to uncontrollably orgasm.

But is it art?

On the other hand, when Ho-Sang touches someone who is female, even by accident, then that woman becomes insatiably aroused. Inevitably these women are all beautiful and busty – a divorced hairdresser, a dubious gym instructor, a stranger on a train, an arrogant pop star, and a cultish passer-by.

Even the spiteful Ga-Hee ends up succumbing to Ho-Sang’s newfound power: in a scene which we found surprisingly amusing within chapter 15, the two are arguing, clearly detesting each other, while having very athletic sex. A poorly timed orgasm causes Ga-Hee to kick Ho-Sang out of her apartment. (Ga-Hee is later, sadly, portrayed as a victim to her underworld ex-boyfriend).

Indeed, almost every one of the seventy-five chapters of Sweet Boy contains a sex scene – usually involving Ho-Sang, sometimes as a dream sequence, and occasionally focussing upon another character. It is so commonplace throughout the story and so repetitious that the average reader, working his way from beginning to end, would within the first ten chapters become inured to the non-stop sex. This is after all a pornographic comic and so the non-stop depiction of sex is to be expected: obviously there is a certain demographic target – teenagers boys and young men – for the publication. Only within the last ten or so chapters does this unrelenting barrage of explicit fornication diminish, as the plot reaches an action-packed and surprisingly interesting conclusion.

Ho-Sang’s blood and other bodily fluids are the repository for his almost mystical talent in causing transcendental pleasure. Dmitri is Ho-Sang’s guide through the pseudo-science of the accident, and ultimately his very reluctant betrayer. Ho-Sang’s abilities eventually attract the attention of the head of a very large corporation, Park Wang-Sung, who would take Ho-Sang’s blood as a means of reviving his own depraved virility. This involves threatening the hapless Dmitri, and Dmitri is coerced into increasing Ho-Sang’s abilities so that Ho-Sang can barely walk down a street without being propositioned. However the plot evolves beyond this into a deadly game between Park Wang-Sung and the vice-chairman (his son, Park Tae-Yong) of the corporation, with the strategy centring around Dmitri and Ho-Sang.

Despite all of the sexual attention, Ho-Sang for his part is hopelessly besotted with his beautiful but weary neighbour, Lida.

Lida is by coincidence a marketing manager at the nameless corporation, struggling to keep her career on track. She suffers from debilitating migraines, which seem to be a residual problem consequential upon a nasty relationship with the title’ sadomasochistic villain named Lee So-Yeon (chaining and humiliating the beautiful Lida, depicted in nightmares and flashbacks, both explain the cause of her illness, and are also an indicia of the Lee So-Yeon’s detestable personality).

As Lida and Ho-Sang get to know each other, they develop a pal-ish friendship, where Ho-Sang’s yearning is entirely lost on Lida.

There are two interesting aspects to the story:

a. First, the gangster conclusion, taken out of what could be a Luc Besson movie. Ho-Sang’s blood as it evolves is unexpectedly lethal to third parties. Upon receiving a blood transfusion from Ho-Sang (who cooperates in order to save Lida from death or worse), Park Wang-Sung suffers what resembles like an horrific frothing, drug-induced heart attack. This is facilitated by his son Park Tae-Yong. As Park Tae-Yong offers large cash incentives for silence to Ho-Sang and Lida, Lee Soo-Yeom starts shooting. In the final showdown with Lee Soo-Yeom, Ho-Sang, shot in the stomach, forces his enhanced blood down his adversary’s throat, with lethal consequences. The properties of Ho-Sang’s blood are only towards the end of the story revealed as entirely reminiscent of cocaine, and capable of lethal overdose.

Buried within the pornography were repeated hints of this. When each of Ho-Sang’s partners achieves orgasm, this is experienced in different manifestations of transcendence. Ga-Hee for example is transported to a peaceful undersea vista. Others have the sensation of floating in space, walking through a field of flowers and watching a rose bloom, sailing on a sparkling sea, or, with the beautiful private secretary of the chairman, orgasm as a neon Tetris game. This is in its own way innovative and even artistic.

b. Fundamentally, Sweet Guy is a love story. Lida finds her headaches dissipate when she touches Ho-Sang. She asks him to lie next to her in her bed so she can overcome her pain. The relationship begins in a platonic way. Lida comes to trust Ho-Sang initially because he does not take advantage of her when she is asleep, or, once, drunk. When Lida eventually does sleep with Ho-Sang, in chapter 59, we learn that (inexplicably) Ho-Sang’s power does not work on her.

And, in an intriguing piece of characterisation, Lida is uncertain about what this means. In an internal monologue, she asks herself, “Is it okay for me to act this selfishly all because I’m having troubles and feeling lonely?” But it evolves that Lida is with Ho-Sang because she is slowly falling for him. That relationship is sealed when Ho-Sang takes a bullet for Lida, saving her from being murdered by Lee Soo-Yeom. Ho-Sang loses his power: the gunshot wound causes him to lose so much blood that he requires a transfusion. But the relationship with Lida is meaningful. It lasts beyond the conclusion of his enhanced sexual abilities. And once he is settled in a serious and committed relationship with Lida, Ho-Sang’s dalliances with other women end.

Ho-Sang and Lida are inherently likeable characters. Setting aside the very graphic bedroom illustrations of their romance, it is a sentimental and, yes, sweet evolution of a relationship.

Sweet Guy is ridiculously graphic in its repetition of random sexual encounters. But it has surprisingly hidden depths.