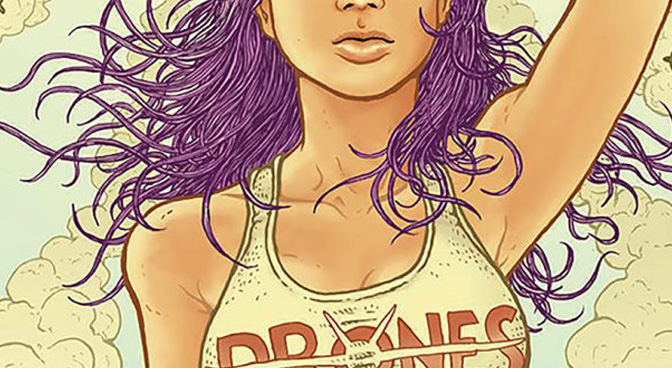 War comics have a long pedigree. American publishers have been periodically obsessed with the US Civil War and its aftermath (Western-themed comic books), the best example of which perhaps is DC Comics’ title Jonah Hex (1977-1985, 2006-2011). From there, we have World War One and the unusual title, Enemy Ace (DC Comics, first appearance 1965) which was an homage to the famous German pilot known as the Red Baron. World War Two titles have been published in abundance, including DC Comics’ Sgt Rock (first appearance, 1959) and Marvel Comics’ Sgt Fury and the Howling Commandos (1963-1981). British war comic book title Commando has been published since 1961 by DC Thompson & Co, and is approaching its 5000th issue. The Vietnam War was the subject of a Marvel Comics’ publication called The ‘Nam (1986-1993). Missing from this list of recent-ish wars is the Napoleonic Wars, the Crimean War, the Franco-Prussian War, the Spanish-American War and the Russo-Japanese War. each of which were extraordinarily significant but have escaped publishers’ memories.

This title is a war comic from this century, where war is waged at high altitude with high technology, destruction and fire delivered upon Arab insurgents upon remote and casual appraisal. The first to third and fifth pages of the issue capture this perfectly. It is a thoroughly contemporary war comic far removed from the grit of hand-to-hand or bayonet-led combat, or the noble air chivalry seen in Enemy Ace.

But then the issue follows strange and wonderful tangents. There is an afterlife flash into what happens to Islamists once killed by a Predator drone’s missiles: they are indeed conveyed to a paradise and beautiful virgins are delivered to them. This vision briefly leaches into the reality of one of the characters, Captain Stinger, after a drone strike he has initiated. Stinger shakes it off as some improbable delusion. Stinger is having an affair with a fellow officer, and he squirms uncomfortably while having sex under the gaze of a security camera, another modern phenomenon, both Orwellian and ever-present. Reality then shifts again, towards the end of this issue, Las Vegas blurring with some strange vision of a Middle Eastern cultural occupation of a casino, Baghdad visiting Sin City.

This is a walk in shifting sands. There is a fight between Stinger, wielding a small drone to murderous effect, and goofy masked terrorists called “The Swords of Doom”, the leader of whom is obsessed with flapjacks. There is bizarre and wacky humour amongst these terrorists at their training camp, vaguely reminiscent of both Samuel Huntington’s “The Clash of Civilisations and the Remaking of World Order” (Simon & Shuster, 1996), where he observes that Islamist terrorists can make bombs while wearing jeans and listening to rap music, entirely impervious to any democratising effects or peacebringing benefits of Western consumer culture, and the droll satire of Mel Brooks’ “Springtime for Hitler”.

It is a baffling, clever staccato delivery of the funny and the murderous, the intimate and the intrusive, the real and the unreal. Our conclusion is that Drones #1 is a surrealist war comic book, the entire series recently collected as a trade paperback, and our only regret is that we did not discover this innovative and bizarre treat earlier.